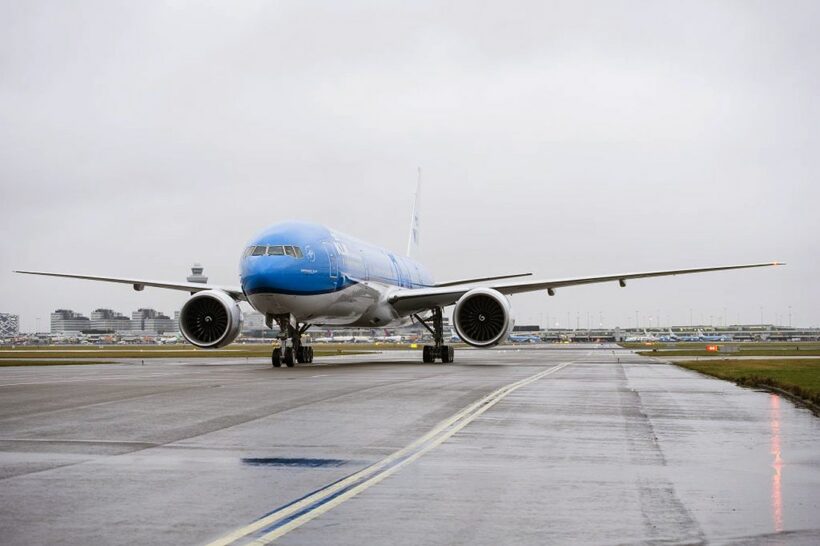 A KLM Boeing 777 has now landed safely in KL following an 18 hour lay-over in Phuket after a ‘precautionary landing’ forced on the pilot after a smartphone over-heated, emitting smoke in the passenger cabin.

It’s not the first incident involving over-heating lithium batteries (if that was the cause) and is sure to bring another close examination of the safety of battery-powered items being carried on planes.

Further details about exactly what happened are still fairly scant but KLM have congratulated its cabin crew in handling what must have been a terrifying incident. The Boeing 777-300 aircraft was crossing the Andaman Sea when the drama first started to unfold.

An airline statement says the Captain took the decision to divert the aircraft as a “precautionary measure”. Once the plane landed the passengers were deplaned without incident and safety inspectors checked over the plane and the phone at the root of the day’s problems.

This is just the latest example of a lithium battery catching fire mid-flight with several recent incidents hitting the headlines in the last few months. Last February, footage of a lithium power bank catching fire in the overhead bin of a China Southern jet, thankfully still on the ground in Guangzhou, was posted.

The power bank had overheated after a passenger placed his bag in the overhead bin. A flight attendant immediately responded to the fire but was criticised for dousing the flames with bottled water and even fruit juice.

Despite the flight attendant’s crude extinguishing techniques, it certainly did the trick and immediately quelled the fire.

At the end of last year, a number of major international airlines made sweeping changes to how they dealt with so-called ‘Smart Luggage’. Once touted as the next big thing for the frequent traveller, these bags typically contained power banks, USB connections and GPS devices.

Carriers including American Airlines, Delta, Cathay Pacific and many others have now banned Smart Luggage which contains non-removable lithium batteries for fear they could end up in the aircraft hold.

One Smart Bag manufacturer, Bluesmart, which once managed to raise $2.71 million in crowdfunding was recently forced to file for bankruptcy on the back of the rule.

KLM is yet to release any comment about the brand, model or details of the phone which caused Wednesday’s precautionary landing in Phuket.

High performance coaching to be at your best!