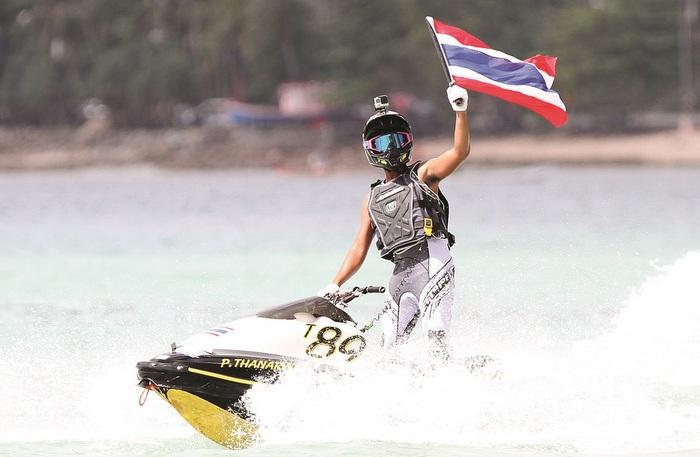 PHUKET: Jet-skis are back in the news again with rarely a week passing without some issue, complaint or accident. The skeptic in me thinks it could be a PR ploy to keep jet skis in the public eye, yet that would only be true if you subscribe to the adage “all PR is good PR”, which it isn’t. And I don’t.

After issuing another clampdown the Phuket authorities recently acknowledged that jet skis must sit at anchor (not on the beach) and that tourists must understand and accept the beach chaos morning and evening when the jet ski operators are delivering and collecting their machines.

There are strong opinions about jet skis and many surveys about whether residents and tourists want them, and whether they should be controlled, separated into special zones, or simply banned.

The number of tourists coming to Phuket who don’t rent a jet ski most definitely outweigh those that do. The same is true for local residents (whatever their nationality) and studies are not needed to come to that conclusion. On this basis, jet skis should be banned. Few would probably disagree, however, it’s not that simple.

The primary problem, when you stand back and think about it, is about jet skis rented off the beach. These are responsible for the complaints, scams, accidents, injuries and more. However, what about a privately owned jet ski? One that an owner uses off a launch, or from a marina, or from their own boat? Are jet skis used this way a bad thing?

Jet skis are used all over the world. Are they universally a bad thing? To ride one is fun and if kept well away from others and driven properly, then what is the issue?

Comments by individuals on social media, forums, and various surveys often conclude that the majority of people want jet skis banned. But I would argue that should not be the case.

If I bought a jet ski for my boat and when out cruising I launched it, drove around and then put it back onboard, what harm have I done? What are the grounds for banning a jet ski in such a case?

There needs to be clarification in statements by authorities, public and media. Jet skis by default are not evil things, nor are all users.

There has from time-to-time been reference to the need for the rider to have a license. Is that really practical? In a tourist destination where many visitors are transient, do you think they are all likely to have a jet ski license issued by the relevant Thai authority?

Obviously enforcing that rule would be impossible.

The answer, in my opinion, isn’t an outright ban on jet skis. Surely the aim isn’t to curtail tourist fun, or ban a private owner from using their toy, but is to ensure safety and avoid nuisance.

Thailand needs to sensibly address the jet ski issue on a national level, and back it up with appropriate regulations which are enforced, while taking all parties’ considerations into account.

Up in the Air: Phuket-Hat Yai: truly boutique flights

Gardening: Moving pageant in your garden