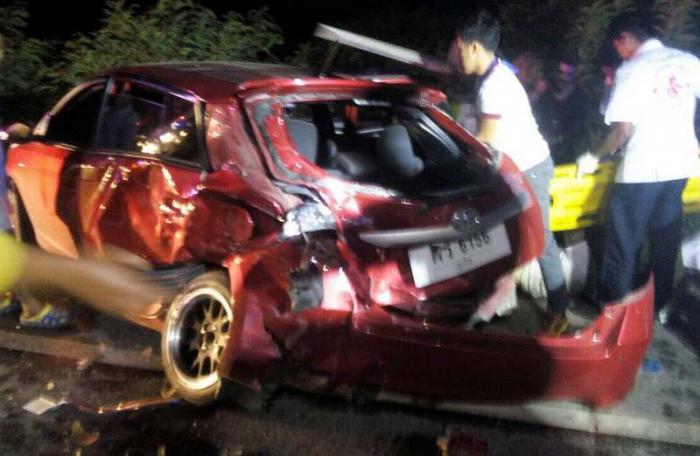 PHUKET: Thanks to the generosity of at least 20 blood donors in Phuket, an American car crash victim is now out of danger and recovering from a second round of surgery.

Chonita Michelle Cleary, 24, and two of her friends were involved in a collision with a taxi when heading from Cherng Talay to Thalang town at about 1am on February 29 (story here).

“Ms Cleary had her second surgery on Monday and she is now recovering. She is fully conscious, but in pain after the surgery,” said a Bangkok Hospital Phuket staffer, who preferred not to be named.

“Her symptoms are normal under the circumstances. However, at this stage, we are unable to tell how long she will have to remain in the hospital.”

PRBC Chief Pornthip Rattajak said she was thankful to all the donors and glad that Ms Cleary was out of danger.

“Thanks to the blood donors we now have more O-negative blood in stock, but more donors are always welcome to keep supplies topped up,” she said.

Anyone wishing to donate blood can do so at the PRBC, which is located on Rattanakosin 200 Years Road in Phuket Town, during the following times: Mondays, Wednesdays and Fridays from 8:30am to 4:30pm; Tuesdays and Thursdays from 8:30am to 8pm; Saturdays and Sundays from 9am to 3pm.