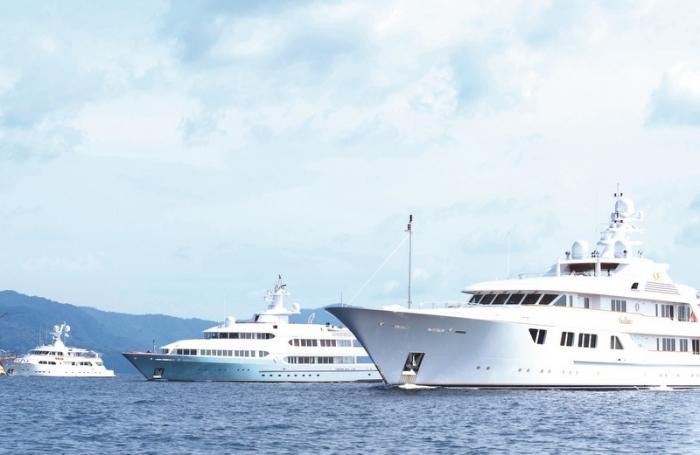 This is followed by the Thailand Yacht Show from December 15-18 at Ao Po Grand Marina. A celebration of boating lifestyle, the second Thailand Yacht Show will bring together all sizes and types of boats, from tenders and jet skis, to some of Asia’s premier superyachts.

The 16-year-old Asia Superyacht Rendezvous will take place in its traditional date slot of December 16-18. This year it moves to a new venue, the five-star SALA Phuket Resort & Spa on Mai Khao Beach – a stunning venue that will no doubt delight the superyacht captains and crews.

If that’s not enough, there’s also talk of a Phuket charter week in December, and you could book-end everything with the Ocean Marina Pattaya Boat Show from November 24-27 – the Gulf of Thailand’s leading boat show organized for five years by Ocean Marina – and the 14th Phuket International Boat Show from January 5-8, 2017 – Thailand’s original boat show and billed as ‘Asia’s favorite boat show’.

I’m sure each event organizer has a reason for their choice of dates, but surely a little co-ordination would benefit all?

Many of these events attract international visitors – Phuket’s primary source or revenue – and I’m sure the island’s hotels would prefer to have bookings spread across the year, rather than forced into a few weeks of busy madness during their already peak period. It’s worth noting how organizers of the Bay Regatta (which will take place from February 15-19, 2017, after Phuket’s peak season) and the Cape Panwa Hotel Phuket Raceweek (which will take place in July 2017, during the low season), have both chosen dates during the year which will benefit both Phuket’s tourism and marine industries.

Similarly, the island’s media industry can only report on so much in a short space of time, meaning some events are likely to lose out. Not only is this a shame for those events that do lose out, but it’s also a missed opportunity for the marine industry. Long-term media exposure of the industry and its activities is much more beneficial than a short hectic period followed by months of quiet.

And let’s not forget about the industry itself, that is, the people who work at, exhibit at, or provide services to these events. Any company accountant will tell you a longer period of sustained business is preferable to a short blast of revenue – much better for cash flow and business planning.

Here’s hoping for more co-operation in the industry in the future. We need a long-term vision and planning that puts the industry first, where events can deliver tangible and intangible benefits to the industry while achieving private owners’ own goals.

There has to be a better way for the greater good of Thailand’s marine industry than what is planned for the end of 2016. December is overkill.

Duncan Worthington is a long-time Phuket resident and through Infinity Communications (infinity-comms.com) consults to leading consumer brands, hospitality and marine clients in Thailand. In his ‘spare time’ he runs the marine portal MarineScene.asia. #OnDeckPhuket

Locals, tourists team up to clean up