Naughty Nuri’s, the renowned Balinese BBQ restaurant & bar, well known especially for its “probably the best ribs in the world” had their Grand Opening of the first outlet in Phuket on Saturday, January 20. This growing chain provided a memorable experience to more than 500 guests during the opening ceremony.

The 500 seat outlet is set beautifully in natural surroundings whilst actually being a part of the bustling Rat-U-Thit road scene. An adorable superhero figure, Nanu, the official mascot of Naughty Nuri’s brand, welcomed everyone as they walk into the Balinese furnished restaurant. Guests also ‘signed in’ at the signature wall at the entrance, decorated with achievements and recognitions awarded to the brand. 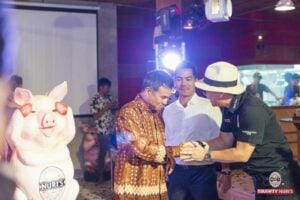 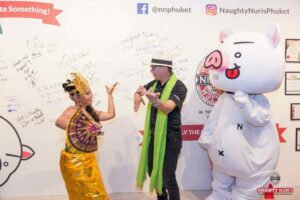 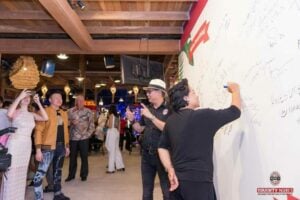 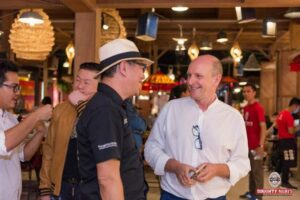 Many performances were arranged throughout the night including a Balinese traditional dance but the sudden Muay Thai ‘fight’ staged in the centre of outlet was indeed the best surprise to everyone. Peter Khor, the president of Naughty Nuri’s, mentioned in his speech that the team will continue working hard to achieve their goal of having 40 outlets by 2020. With Naughty Nuri’s expanding its wings to more destinations outside Bali, food hunters need not travel far and wide to savour its delights.

A variety of Naughty Nuri’s signature dishes were served diligently by its kitchen team led by Group Executive Chef, Eddy Wong who was trained by Michelin starred chefs in Germany.

Among the widespread menu was the customer favourite items such as the Naughty Nuri’s 1995 Signature BBQ Spare Ribs, BBQ Satay Lilit and Balinese Ayam Bertutu. The crowd loved the “Shake Shake” dance, that comes along with the Pina Colada cocktail serving. Besides Pina Colada, Asam Boi mojito and the non-acholic Nuri’s punch were among the favourite beverages during the night.

Currently number one in Patong on Trip Advisor, Naughty Nuri’s In The Forest, Phuket, promise to deliver the best dining experience filled with entertainment and top-notch service by their enthusiastic team.

Naughty Nuri’s In The Forest, Phuket offers two special promotions that will be sure to brighten up anyone’s day. “Probably The Best Ribs In The World Promo” is where signature ribs are available at merely 10 baht if you dine in a group of 4 and upon reservation.

The “Naughty Hour Promo” on the other hand renders a glass of chilled bubbly at only 69 Baht per mug from 3 – 6pm. In addition, phenomenal vocalists from “Naughty Band” is set to get customers on their feet with their upbeat numbers. 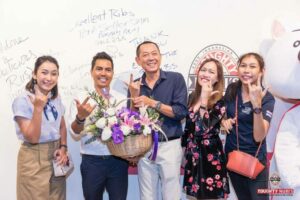 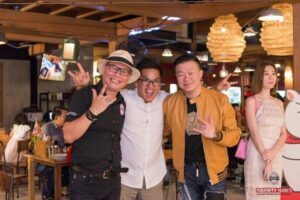 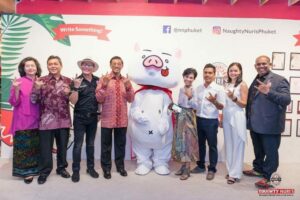 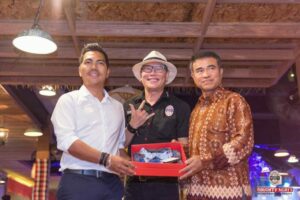 The best events and activities for expat families in Thailand