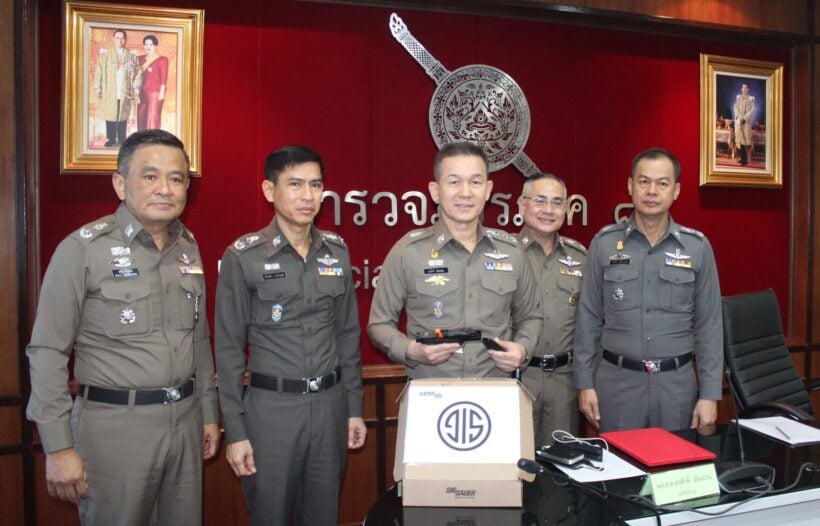 The Police Region 8 Commander, Pol Lt Gen Sorasak Yenprem, hosted a ceremony to distribute a total of 3,466 guns today (January 23) following the approval from the cabinet for a budget of 990 million Baht to purchase 55,150 new 9 mm semi-automatic guns, magazines, bullets, sockets and belts, as well as handcuffs. 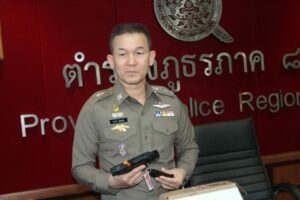 “The weapons are distributed to the operational officers to ensure their work performance. This is the initiative of the Commissioner-General of the Royal Thai Police, Pol.Gen. Chakthip Chaijinda, who sees the importance of providing proper weapons and equipment to the police. Previously, the police used revolvers, which had been in use for a long time. This new set of guns are SIG Sauer series P320 SP and have been given to 9 police units among the region 8,” said the Police Region 8 Commander. 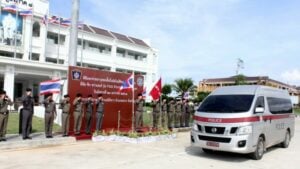