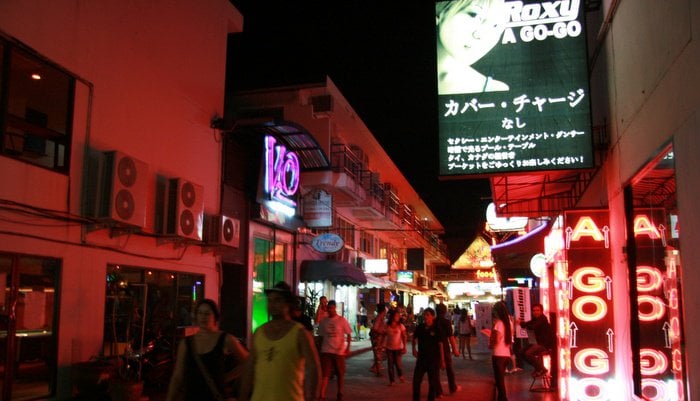 But in 1953, Marlboro was languishing. Created as a woman’s cigarette during the heyday of the American suffragette movement in the 1920s, the product was not overly appealing to women – breathing was damaged, teeth yellowed and an agonizing dry cough ensued.

Other companies have also done an amazing job in re-branding themselves.

Banana Republic managed to capture its market by rebranding their casual Gap-like product line to become high-end women’s fashion. They used visuals to make this transformation.

Boston Chicken renamed themselves Boston Market and expanded their offerings.

Phuket is suffering an image problem, partly of its own making, and partly as a result of
events outside its control, such as the country’s largely misunderstood martial law imposition
and the Koh Tao murders.

Tourism arrivals in Thailand are down about 20 per cent compared with last year.

The Phuket Gazette reported at the end of May – shortly after the coup – that the Tourism Authority of Thailand (TAT) was reporting booking cancellation rates up about 10 per cent in Phuket compared with the same period last year, and new reservations were down by 10-20 per cent.

The military government has cracked down on mafia groups operating in Phuket and has cleared the beaches of scam artists who prey on visitors looking to rent personal watercraft.

That should have bolstered tourism but, despite those efforts, tourism has not picked up since the coup and a number of high-profile crimes since the military takeover haven’t helped.

The Australian government has issued a travel advisory cautioning would-be tourists to “exercise a high degree of caution in Thailand due to the possibility of civil unrest and the threat of terrorism attack.”

So, how can Phuket re-brand itself with words and images to send the city’s stock soaring and attract new visitors?

The images are easy. People and geography. I still remember my first glimpses of the Andaman Sea a couple of years ago when I decided that not even the most spectacular postcards could do justice to the reality – a tagline to an advertising campaign that would be apt today.

Phuket has some of the most glorious beaches and waterfront in the world. Show it and promote it, especially to families who will also appreciate learning that Phuket is great value for money compared with nearly any other of the world’s famous beach resort destinations.

As to the words for a re-branding campaign, what speaks to me is the Thai smile. How about a catchy new slogan: Thai style, Thai smile?

Gardening: Yes, we have bananas