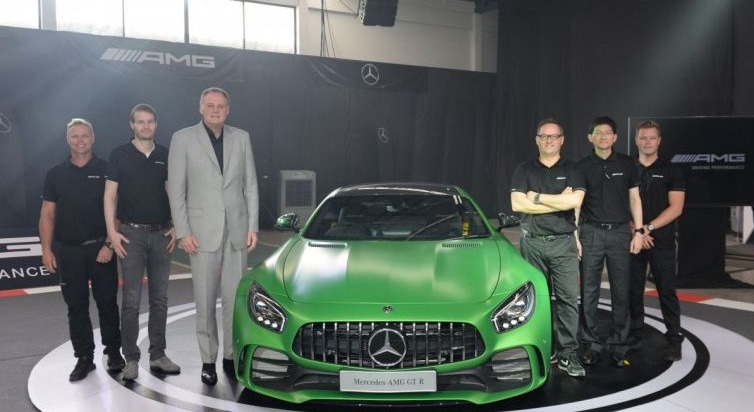 Officially has introduced the two models that will be showcased at the Mercedes-Benz booth at the Motor Expo at the end of this month in Bangkok.

Prices start at 17.4 million Boat for the 585-horsepower GT R, dubbed “Best of Green Hell” due to its outstanding performance at the Nurburgring, and 16.8 million Baht for the 558hp GT C, which comes with a convertible soft top. Both models have a twin-turbo V8 engine with a displacement of 4.0 litres and seven-speed dual-clutch transmission.

They accelerate from 0-100 kilometres per hour in under four seconds, and reach speeds over 315kmh.

This year marks the 50th anniversary of AMG, which was found by two engineers in Affalterbach, Germany, in 1967. Daimler AG took a controlling interest in 1999 and became the sole owner in 2005.