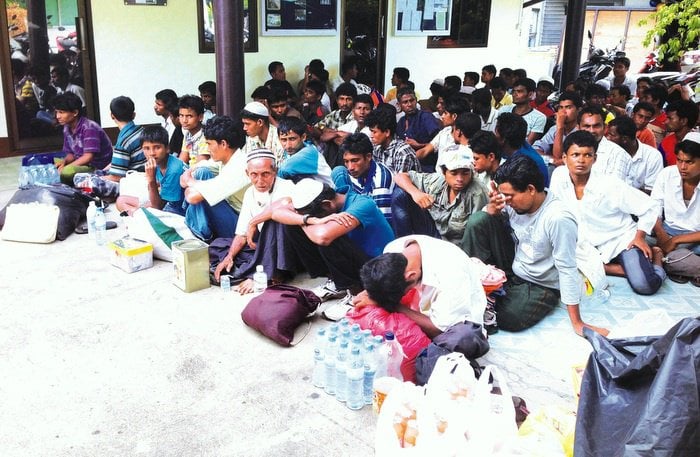 PHUKET: Rakhine, formerly the Kingdom of Arakan, is a region in northwestern Myanmar. Today the region borders Bangladesh and is home to the heavily persecuted Rohingya Muslims.

Historically, the Arakan Kingdom was an independent state. In the year 1406, however, Minyekyawswa, the crown prince of Ava, led a Burmese army to invade Arakan.

Narameikhla Min Saw Mon, the Buddhist Arakan King, was forced to flee along with a large number of his subjects to Bengal. During that time, Sultan Gaisuddin Azam Shah ruled Bengal. The sultan welcomed King Narameikhla along with his followers.

Narameikhla entered the service of Sultan Jalaluddin Muhammad Shah of Bengal and proved to be a good military commander. Narameikhla and the Sultan of Bengal became close friends.

In the year 1430, after 24 years in exile, Sultan Jalaluddin Muhammad Shah sent his general, Wali Khan, with a large army to retake Arakan from the Burmese and restore King Narameikhla to his throne.

The attack was successful and the Burmese were driven out. Narameikhla returned to Arakan and resumed his reign as Sulaiman Shah.

Sulaiman Shah’s reign, however, did not last long. In the year 1431, General Wali Khan rebelled against the king and deposed him.

After that, General Wali Khan crowned himself king of an independent Arakan kingdom. As king, Wali Khan introduced Persian as the official language.

Once again, the deposed Sulaiman escaped to Bengal and sought help from the Sultan of Bengal.
In 1433, Nadir Shah, the new Sultan of Bengal, sent General Sindhi Khan with a large army to invade Arakan and restore Sulaiman as king. Wali Khan put up a brave fight but was killed in the battle that followed. His short reign ended with Arakan being annexed as part of Bengal.

From this point on, Arakan became a province of Bengal. Sulaiman, restored as the kingdom’s ruler, promised to pay annual tributes to the Sultan of Bengal. Persian continued to be used as the official state language.

It was during Sulaiman’s reign that a large number of Rohingya Muslims began to resettle in Arakan Kingdom.

King Suleiman Shah died in the year 1433 after founding a new capital in the Arakan kingdom. His younger half-brother, Min Khayi succeeded him.

Min Khayi started his reign as a vassal of Bengal, but after Bengal began spiraling into political turmoil, Min Khayi declared the independence of Arakan Kingdom.

Although Buddhist, it was not uncommon for Arakan kings to take on Muslim titles. Muslims also filled many prominent positions in the Arakan court.

The Kingdom of Arakan was able to maintain relative peace for several years after that.

In the year 1784, however, a power struggle ensued. A pretender to the throne requested that Burmese King Budawpaya invade the Arakan Kingdom.

Muslim Rohingyas were killed in the thousands during this invasion. The rest were forced to flee into neighboring Bengal, where the British ruled.

Some historians consider the Burmese invasion of Arakan in 1784 as a genocide because countless numbers of Arakanese, both Rohingya Muslims and Rakhine groups, were mercilessly massacred.

Pick up the next edition of Looking Back for more historical background of the plight of the Rohingya.