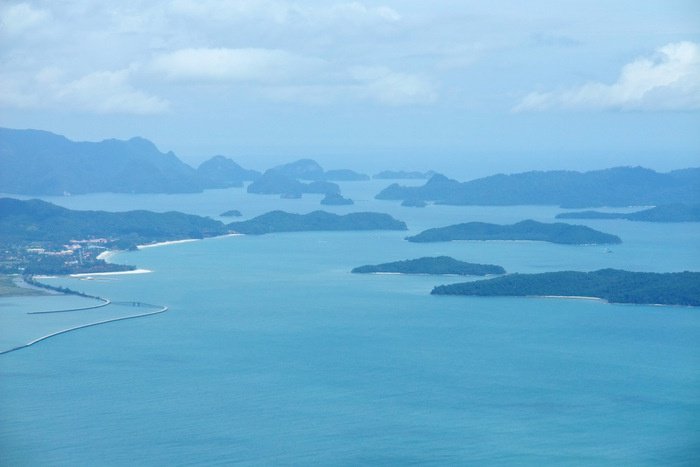 PHUKET: The Hikayat Merong Mahawangsa is an ancient book that chronicles the legend of how the Malay state of Kedah was founded. The book tells the story of Mahawangsa, a hero who was given command of a large fleet of ships by the Emperor of Rome. His task was to set sail to the east and bring back the princess of China, who was betrothed to the son of the Roman Emperor.

Unfortunately for the two empires, the Garuda, a powerful mythical creature resembling a giant bird, found out about the impending matrimony and vowed to destroy the fleet. The winged beast attacked the large fleet again and again, until Mahawangsa’s fleet was reduced to half its original size.

According to the chronicles, Mahawangsa’s fleet left Marit after a fierce battle with the Garuda. After sailing the open seas for a few days, the battered, wearied fleet came in sight of an island, which the ancient text referred to as ‘Salang’. It is very likely that the island of Salang in this case was in fact Phuket. Many historical Malay texts referred to the island as Salang and European sailors called it Junk Ceylon.

The crew anchored their fleet off the coast of Salang. Mahawangsa sent his envoys to meet with the ‘chief’ of Salang, in order to request permission for the fleet to gather food and water, as well as timber to repair their battered ships. It is interesting to note that even though the story of Mahawangsa is based on myth and legend, it does very correctly portray the role of Phuket in maritime history. For centuries, the island was indeed an important stopover point for ships to gather supplies and timber for repair.

Even though Mahawangsa chose to anchor off Salang, the ship commanded by the Prince of Rome chose to sail further and rounded the southern point of the island. A day after the prince left Salang, Garuda flew over and realized that the prince’s vessel had been separated from Mahawangsa’s main fleet and he was alone.

In his previous attacks, he was not able to capture the prince because of Mahawangsa’s magical arrows. Now that the prince was alone, the Garuda seized his opportunity and attacked the prince’s ship with double the fury.

The prince’s vessel was quickly sunk and scores of men perished under the waves. Fortunately, the Prince of Rome was able to hold on to a plank, which floated and took him to the island of Langkawi.

Not long after, Mahawangsa arrived at the point where the prince’s ship had sunk. The crew tried their best to rescue any remaining survivors, but Mahawangsa could not find the prince. He began to fear that the worst might have happened. Perhaps the Prince of Rome had drowned. Grief struck Mahawangsa. His duty was to protect the prince and he had failed. After a thorough, but vain, search of the open seas, Mahawangsa sailed his only remaining ship
onward.

Sailing along the coast, Mahawangsa’s ship arrived at a bay. He asked one of his senior captains whether or not he knew this locality. The captain replied that the large island where the ship had reached is called Pulo Sri. The smaller island in the vicinity is called Pulo Jumbul and Pulo Lada.

On hearing this, Mahawangsa was satisfied. He commanded his men to anchor the vessel off the coast. Accompanied by his chiefs and followers, Mahawangsa then went ashore. Not long after they had set foot on land, the party was visited by large numbers of very large men. These men belonged to a tribe, which the chronicles referred to as ‘Girgassi’.

Mahawangsa had come across the Girgassi before and he knew these people and their nature. He spoke with them in a soft tone of voice.

The Girgassi were both afraid of him and astonished by his demeanor. Mahawangsa made it known to the Girgassi that he intended to stay on their island until he could find the whereabouts of the Prince of Rome, or confirm whether he was alive or not.

The Girgassi respectfully saluted Mahawangsa and said, ‘your servants are overjoyed at your lordship’s request, because we have not established a Raja (ruler) over this place. Therefore your highness may select a location to reside on’.

Mahawangsa accordingly walked about with his men and all the tribes of Girgassi. They at last pitched upon a delightful and convenient spot for a residence.

At his selected location, Mahawangsa built a fort surrounded by a ditch. He also built a palace and a spacious hall of audience. He named it Langkasuka, on account that the new city had been built in the midst of all kinds of rejoicing and festivities.

Prior to Mahawangsa’s arrival, the Girgassi had been without a ruler. When all was prepared, Mahawangsa took up residence in his new palace along with his wife. He appointed ministers, bodyguards and warriors to his service.

News soon spread of Mahawangsa’s new-founded city. Traders and strangers came from near and far to trade and the city quickly grew under Mahawangsa’s benevolent rule. Thus, according to legend, Mahawangsa became the first king in a long line of kings to rule the ancient city of Langkasuka, a kingdom that preceded the Malay sultanate of Kedah.

Anand Singh is an avid Phuket historian. He has lived on Phuket from the age of 3 to 21. He is fluent in Thai and is currently completing his degree in economics at the University of Birmingham. Anand may be contacted at as.pkt@hotmail.com