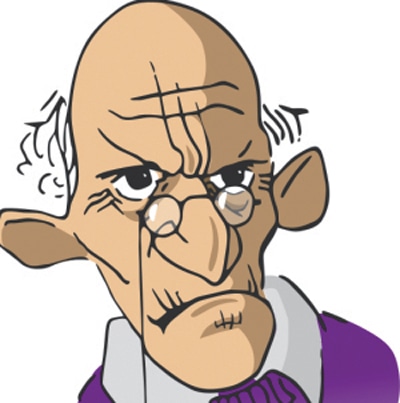 PHUKET: The wonderful world of particle physics is agog at the recent discovery of the ‘Higgs boson’. This is not to be confused with the ‘Higgs bosom’, a stunning anatomical configuration possessed by Miss Fanny Higgs, an exotic dancer in Las Vegas. No. A Higgs boson is a subatomic particle. Through my extensive mafia connections I managed to score an interview with one of them, a gregarious little chap named Freddie.

Me: Exactly what is a Higgs boson, Freddie?
Freddie: We are the tiniest of subatomic particles. And we hate being called the God Particle. We don’t like being called the Higgs boson, either. It’s too easy to confuse us with the stupendous superstructure of Miss Fanny Higgs, which is considerably larger than we are – and much more attractive.

Me: But why are you so important?
Freddie: We give other particles mass. They then bunch up and coalesce into matter.

Me: How do you give them mass?
Freddie: We sit there and wait till another particle comes whizzing by and say, “Hey, Dude, would you like some mass?” Usually they say yes. We hand over some mass, and they continue on their way.

Me: What if they don’t want any mass?
Freddie: Then they die. Subatomic particles have a very short life. But if they can latch onto some mass, they last longer. Think of a sprinter running a race. If he’s not carrying anything, he’ll zip past in a flash. But if you throw him an anvil to carry, he’ll stick around longer.

Me: Where do you get the mass from?
Freddie: Mostly Massachusetts.

Me: What a terrible pun.
Freddie: True. But what agitates our subatomic brains is the brutal way the physicists went about finding us. They dug a humongous subterranean tunnel in Switzerland, built the Large Hadron Collider, and used giant magnets to smash particles into each other at incredible speeds. The particles broke open and we came tumbling out. Is that not cruel? Is that not inhumane? Is that the behavior of a civilized species?

Me: I guess not.
Freddie: If they had just asked us politely, we would have been happy to come out. But no, they had to destroy billions of particles in the most vicious way possible, without so much as a friendly “Howya doin’?” The particle-rights activists are planning to file a complaint.

Me: If you were in Thailand, it would be different. Here they would welcome you with smiles and music and offer you khanoms and teach you to dance the ramwong beneath a crescent moon. The TAT would change your name to the Miracle Particle, rename 2012 “Thai Miracle Particle Year,” and sponsor beauty contests to choose Miss Thailand Miracle Particle. They’d give you vouchers to go shopping at Central Festival Phuket; and charm you with discounts, promotions, and “buy one, get one free.”
Freddie: That would be a lot better than being smashed to smithereens in a cold, dark European tunnel.

Ye Olde Curmudgeon can be lauded for his scientific expertise c/o s.tsow@ymail.com, except when he’s in Las Vegas looking for Miss Fanny Higgs.

Phuket Lifestyle: The island’s own daredevil