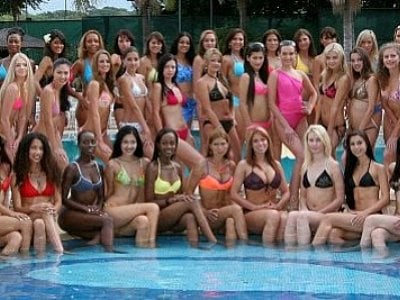 PHUKET: To give other tourist destinations the chance to promote themselves, the Tourism Authority of Thailand (TAT) has decided that Phuket will not be on the list of places the bevy of beauties from Miss Tourism World 2012 will be visiting.

Taking place from December 2-15, this is the first time Thailand will host the Miss Tourism World pageant, which includes finalists from 60 countries.

While in Thailand, they will visit some of the country’s other prime tourist destinations, including Ayutthaya, Bangkok, Haad Yai, Pattaya and Krabi.

After “strutting their stuff” around the selected provinces, the ladies will return to Bangkok on December 15, where the winners will be announced at the prestigious Siam Niramit theater.

Chanchai Doungjit Director of the TAT Phuket office told the Phuket Gazette, “I spoke with Tourism Authority of Thailand Governor Suraphon Svetasreni and he explained that Phuket is already famous among tourists from all over the world, therefore the TAT would like to promote other beautiful places in Thailand.

“The tourism industry has helped Phuket generate significant revenue, so the TAT decided that the Miss Tourism World 2012 competition was the ideal opportunity to help other tourist areas to generate income,” he added.

Call for blood donations ahead of Phuket Vegetarian Festival

Phuket scrubs up ahead of Vegetarian Festival