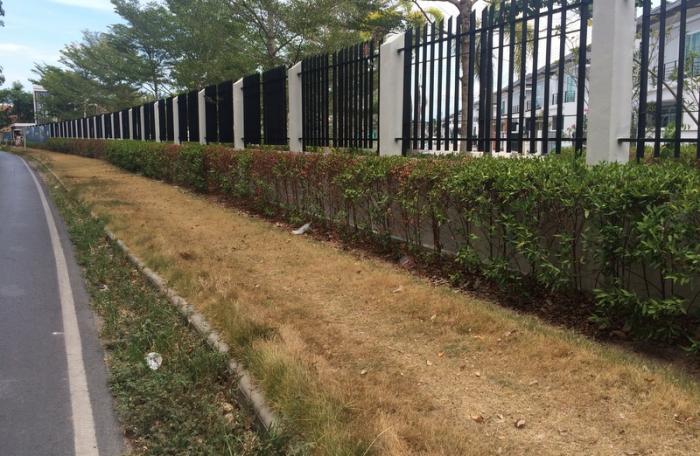 PHUKET: Readers can be immensely helpful, especially when they know more than you do. Come in, Victor Alvarez, who emailed me after I had sounded off about Roundup, the world’s most popular herbicide.

I had recommended it in these pages for removing grass and weeds from the cracks in a local mountain road. In fairness, I did suggest that Paraquat might be a better choice, since there was ‘growing evidence that Roundup could cause environmental damage’.

The word ‘might’ should be replaced by ‘would’ as a number of research studies, kindly supplied by Victor, argue that the ‘evidence against glyphosate, the active ingredient in Roundup’ is now overwhelming.

One US scientist maintains that it is ‘the culprit for the escalating incidence of autism and other neurological disorders’, adding that it enters the food chain because it is regularly used to spray immune crops such as GM soybean and wheat. A German study, moreover, found staggering amounts of glyphosate (between five and 20 times the norm) in ‘all human urine samples tested’, suggesting that it is stealthily contaminating the world’s drinking water.

The IARC, a leading agency for cancer research, has concluded that it is ‘probably carcinogenic’, while another experiment which fed rats on Roundup-tolerant, genetically modified maize, resulted in many animals suffering from gross mammary tumors and liver failure.

Naturally, all this is denied by multi-national corporation Monsanto, the manufacturer, which famously declared that it is, ‘as safe as table salt’.

Sadly, it is still used in most countries, including Thailand, where large patches of ugly brown vegetation are usually the result of indiscriminate spraying. It’s cheap and effective, but also disfiguring and dangerous.

The world’s use of chemical pesticides – and by that I mean insecticides as well as herbicides – is staggeringly large. According to Wikipedia, the world used 2.4 million tons in 2006-07, with 40 per cent of the total used on plants.

Most treatments deliver substantial increases in crop production. In America, it is estimated that an annual outlay of 10 billion dollars will be handsomely compensated by increased yields worth 40 billion dollars. And insecticides offer additional benefits through the reduction of insect-borne diseases such as malaria and dengue fever.

But there the good news ends. Environmentalists argue that over 95 per cent of sprayed insecticides and herbicides miss their intended targets, and end up in our air, soil, and water. And if these chemicals are not degradable, organisms internalize and retain them almost indefinitely. They enter the food chain and become more concentrated at each higher level of predation. Fortunately, most of these chemicals – the infamous DDT for example – have long since been removed from sale, but the residues linger on.

There are alternatives such as bio-controls which deploy living organisms to attack pests. The most obvious example in Phuket is the employment of a parasitoid wasp to attack hispine beetle larvae, which reduce palms to leafless specters. There are also sophisticated fungal or bacterial methods to control infestations or outbreaks.

While the whole topic is full of ignorance and misinformation, we owe it to ourselves and future generations to get informed and seriously control all chemicals that can harm our environment.

Looking Back: A brief history of Thongdee