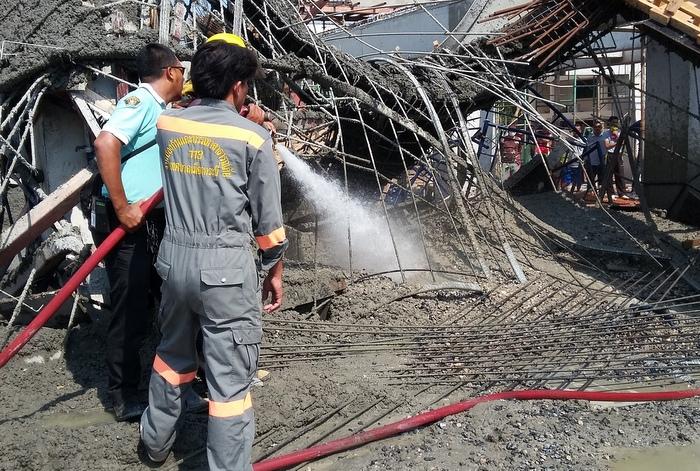 KRABI: Police announced that they will be pressing charges against the construction company involved in a building collapse that killed five female workers at the Institute of Physical Education’s Krabi Campus in March.

The workers were killed when fresh poured cement brought down the upper story of the building, crushing them. (story here).

Police said that one worker had told them that laborers were about to pour cement for the second floor of the building when the accident occurred. Sections of unhardened cement fell on the women working on the floor below.

“Our investigation found that the collapse occurred because the steel reinforcing bars were not strong enough to handle the cement,” Col Sompong said.

“The bars did not meet the legal requirements of construction materials, and there was no qualified engineer on site at the time. We will press charges of ‘recklessness resulting in death’ against the project manager, Pallop Utthee, and the builder, Natcha Limsatayurat.”