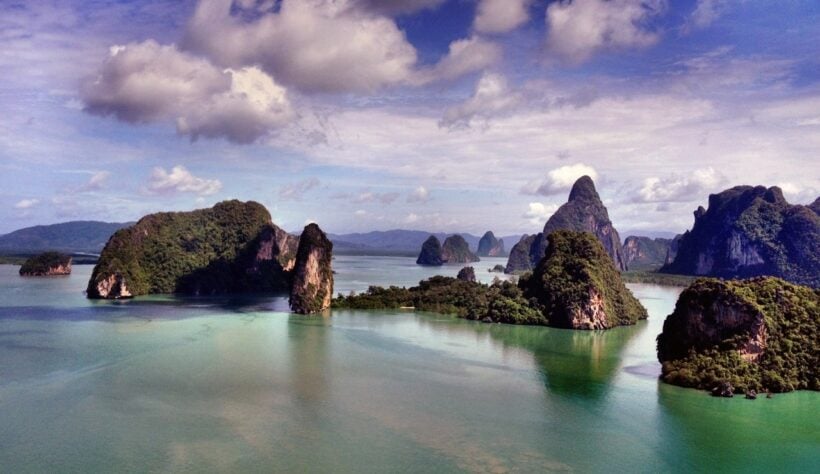 FROM THE PHUKET GAZETTE ARCHIVES

Caught up in the daily routines of living and working in Phuket, it’s all too easy to forget that you have some of the most amazing natural attractions in the world right on your door step.

Phang Nga Bay, with its towering limestone cliffs, swathes of tidal mangroves, isolated island beaches and abundant bird life is one such attraction.

So when my brother visited me recently from Australia, it was the perfect excuse to get out on the water and explore the bay. We booked a tour to “James Bond” island with one of the plethora of local tour companies offering affordable day trips to various parts of the bay.

Early the next morning we were in the tour van as it weaved its way through Patong’s streets picking up other passengers before heading north to Ao Por Marina where our boat would depart.

Once aboard our guide for the day, an affable young man, soon picked up the microphone and began to describe what the day held in store.

The first stop on the tour would be the famous James Bond island. Then a spot of sea canoeing followed by a visit to the small fishing village of Koh Panyee. Finally we would cap the day off with a swim at Naka island. 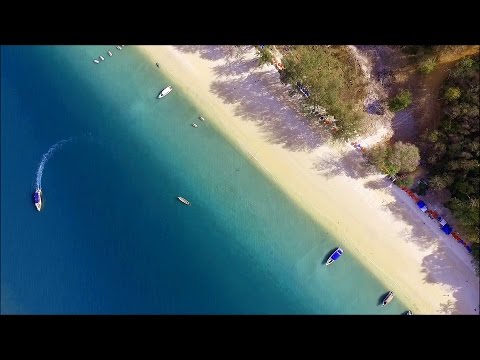 As we motored towards James Bond island, the crew brought up trays of delicious Thai breakfast snacks, like sticky rice with banana and sweets rolled in coconut, which made the perfect accompaniment to our cups of coffee. As we approached one of the many uninhabited islands, our guide began to whistle in the hope of attracting the resident sea eagles which are accustomed to flying down to the passing tour boats to grab an easy meal of raw chicken thrown by the guides. Alas, we had no luck, the eagles remained aloft, circling above us at a distance, not willing to come down and let us get a closer look.

Soon, we pulled up to our first destination and were taken by longtail boat to spend half an hour on the famous James Bond island. As we had been warned by friends, the island was, of course, very crowded with other day trippers and many stalls selling jewelry made from shells and other souvenirs.

But the island is nevertheless remarkably beautiful and we took the obligatory picture of ourselves standing in front of Koh Tapu – the iconic column of rock that featured in the 1974 Bond film The Man with the Golden Gun.

Before long we were back on the boat and heading to our next stop, where we would jump in inflatable kayaks to explore some of the rocky caves and tiny inlets in the bay. Gliding along in our kayak, which was paddled by a local guide, was a very relaxing experience and dangling your feet in the water is a pleasant relief from the heat. We passed under a limestone cavern, inaccessible at high tide, with our heads just inches from the rocks. Once through, we passed by some dense mangrove forests twittering with bird life and explored several tiny shallow inlets which are all but cut off from sunlight by the towering cliffs enclosing them.

If you get a little thirsty in the hot sun, simply ask your guide to pull up to one of the vendors on a longtail boat selling ice-creams and fresh coconuts.

After the kayaking, we headed to what was probably the most fascinating part of the day, the tiny village of Koh Panyee.

As you approach Koh Panyee, the first thing you notice is the glowing golden dome of the village mosque which serves as a beacon to passing boats.

The village was founded in the late 18th century by nomadic Malay fisherman, who because of laws restricting foreigners from purchasing land in Thailand, built their dwellings over the water on stilts. Home to over 1,600 people, Koh Panyee has its own school, hospital and even a football field, all built over the waters of Phang Nga Bay. Most of the residents still earn their living from fishing, but in recent years, increasing numbers of tourists have provided a second source of income when they stop to have lunch or buy handicrafts from the locals.

When we arrived there were dozens of other tour boats from all around the bay docked there, unloading hundreds of passengers to eat at the many seafood restaurants. We took a short tour of the village, visiting the school and browsing through the stalls which had many homemade local snacks and treats on offer, as well as the usual t-shirts and sarongs.

I stopped to watch some children using small nets to catch garfish between the stilts which support their homes. Regretting that I could not stay longer to watch the villagers going about their daily lives on this amazing floating settlement, we were ushered back onto the boat for the final leg of our journey.

Back aboard the boat, we were presented with a fabulous buffet lunch, all prepared by our guide’s sister in a tiny kitchen below the deck. On offer were a range of Thai dishes such as chicken with cashew nuts, fried rice and stir fried vegetables – all of them delicious. I can’t think of a nicer place to enjoy lunch than sitting on a boat as it glides through the pristine and unique landscape of Phang Nga Bay. Just magical.

After finishing lunch and having a pleasant siesta snooze stretched out on the bench seats of the boat’supper deck, we arrived at Naka Island for our afternoon swim at the beach. Soon after disembarking the boat and arriving at the beach we began some leisurely beach combing, spotting several hermit crabs, some the size of golf balls which we showed to some of the children on the beach. We also found a dried seed pod and a length of bamboo and began an impromptu game of beach cricket as other tourists looked on bemused.

All too soon, it was time to get back on the boat, where plates of fresh dragon fruit, pineapple and watermelon awaited us for consumption during the short ride back to Ao Por.