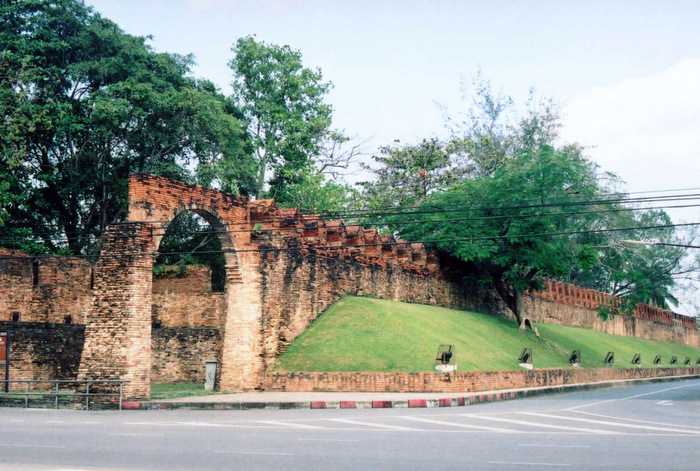 PHUKET: Nakhon Sri Thammarat was a powerful city in the south of Siam during the 18th century. Foreigners often called the city “Ligor”. The ancient city spread its influence over many of the smaller towns in the region.

Although powerful, Nakhon Sri Thammarat was never truly independent. The city’s governor answered to the King of Ayutthaya.

In the year 1765, however, Ayutthaya faced a grave threat like never before. The Burmese had invaded the kingdom, taking advantage of internal turmoil and division in the Siamese royal family. Siamese forces were annihilated and town after town fell victim to Burmese slaughter.

In the year 1766, the Burmese had advanced to the gates of Ayutthaya itself and laid siege to the magnificent city. The royal seat of power in the kingdom of Siam, where 33 kings had ruled for almost four centuries, could not hold out and finally, in 1767, the city fell to the Burmese invaders.

Ayutthaya was sacked. Once proud and impregnable, several sections of the city wall were brought down by explosive mines. Burmese cannons battered the fortifications and troops stormed into the city through the breaches. The city was set aflame. Thousands of its starving inhabitants were either killed or taken captive.

It was one of the darkest chapters in Siam’s history. King Ekkathat, the last of Ayutthaya’s kings, was found dead in the city. His brother, Prince Uthumphon, along with other surviving members of the Siamese royal house, were taken captive and forced to march back to Burma.

After Ayutthaya’s fall, many cities that used to pledge allegiance to the King of Ayutthaya now turned their loyalty to Burma. Some cities, like Nakhon Sri Thammarat, were spared the carnage of invasion because they were too far south to be of any threat.

In the absence of a higher power, the ruler of Nakhon Sri Thammarat simply carved out his own kingdom in the south of Siam after the fall of Ayutthaya.

The power vacuum was not meant to last long, however. Phraya Taksin, the governor of the city of Tak and one of the most capable Siamese generals in history, had defied orders to assist Ayutthaya during the city’s grimmest hour. Phraya Tak believed that his odds of winning against the Burmese invaders were slim. Had he marched in to help Ayutthaya during the siege, his army would have been broken like an egg smashed into a stone.

Phraya Taksin was ordered to come to Ayutthaya’s help. The general, however, marched east and took up a defensive position.

After the Burmese successfully sacked the capital, they had to march the bulk of their army back to defend their homeland from a Chinese invasion. The Burmese left a relatively small army behind to maintain their conquest.

It was during this time that Phraya Taksin launched a counterattack. The general managed to drive out all remaining Burmese garrisons and liberated Siam in the year 1769.

After the liberation of Siam, Phraya Taksin crowned himself as king, built a new capital at Thonburi and proceeded to reunify his kingdom. He was determined to restore the former glory of Siam.

Later in 1769, King Taksin ordered some of his most capable generals to march south and subdue the newly carved out kingdom of Nakhon Sri Thammarat. But when it became apparent that the army he sent was too weak to subjugate the southern kingdom, the king himself marched south at the head of the royal army.

Panicked at the threat of imminent attack, the ruler of Nakhon Sri Thammarat sent his “Uparaja“, or vice-king, to set up defenses against King Taksin, but the royal army was too strong and the defences put up by the Uparaja were smashed.

When news reached Pattani that the wrath of King Taksin’s army was descending on the kingdom, the Sultan of Pattani immediately ordered the arrest of Nakhon Sri Thammarat’s ruler and his family and sent them as prisoners to King Taksin, in order to appease the king and avert war with Thonburi.

Instead of punishing him, the king pardoned him on all accounts, on condition that the deposed ruler drink sacred water and swear allegiance to King Taksin, to which he obliged.

Not only did King Taksin pardon him, but also gave him a residence in the new capital of Thonburi.

After the war, the king ordered the restoration of the ancient city of Nakhon Sri Thammarat. He also commissioned a naval fleet of 100 warships to be built and stationed at the port in the southern city.

Although peace returned in the south of Siam, it was not meant to be King Taksin’s last war.