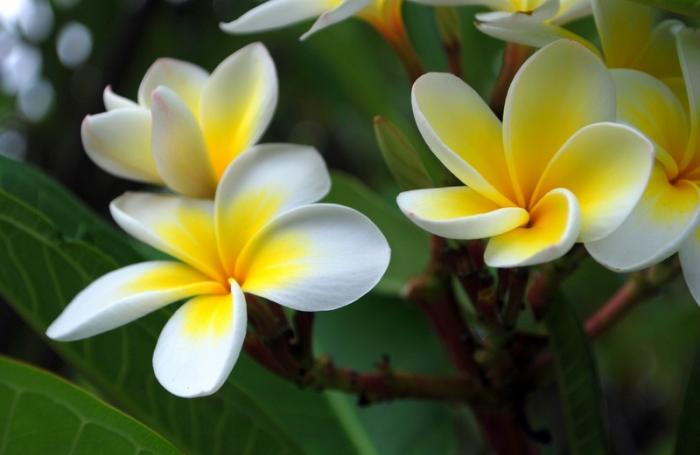 PHUKET: Most tongue-twisting Latin names of plants are associated with so-called ‘discoveries’ by Western botanists/explorers. For example, the plumeria is named after Charles Plumier, the bougainvillea after a certain Monsieur Bougainville, the allamanda after Switzerland’s Frederich Allamanda, and so on.

The original classifier of plants, Sweden’s Carolus Linnaeus, based his Systema Naturae (1735) on shared physical characteristics. Most of his findings have stood the test of time. But to this day, botanists are still re-christening plants and changing the orders, families or genera to which they belong.

Not so with Thai plant names. With few exceptions, they carry the same monikers used by generations.

However, one exception is the aforementioned frangipani or plumeria. For a long time, it was called the lantom, a word which connotes sadness or sorrow. Why? Because it was associated with ghosts, Buddhist cremation grounds and Muslim cemeteries.

Nowadays, the Thai name for the plumeria is leelawadee, a graceful and upbeat name that does justice to an elegant shrub which is now cultivated everywhere.

The plumeria is related to the nerius or oleander, sharing with it the same poisonous milky sap. There resemblances end, for the plumeria‘s young growth is round, green and soft (hence the Australian name of ‘dead man’s finger’), only later turning to the familiar, thick grey branches. The shrub has a very open structure, and the large, handsome leaves tend to appear at the ends of branches. For this reason, it is a good choice for the mixed border, allowing plenty of light and air to filter through to smaller shrubs. And the root system is compact, so it will fare well in a container.

Its glory is the beautiful clusters of five-petalled flowers that burst forth from the branch ends. They carry the most intense fragrance, especially at dusk, when the flowers attract the sphinx moths that seek to pollinate them. Traditionally used in Hawaiian leis, these individual blooms are used throughout Phuket to decorate water-filled bowls and vases in hotel foyers and spas.

Though there are four distinct species, most popular cultivars derive from plumeria rubra. The most common color is creamy white, but newer varieties can be pink, yellow, or even deep red. Another popular, so-called ‘rainbow’ hybrid has pinkish petals that shade to yellow at the center. With hybridization have come larger blooms and lusher foliage as well as a greater range of sizes: there are now dwarf forms as well as vigorous varieties that may reach four meters in height.

Plumerias are one of the easiest shrubs to grow here. They are not fussy about soil and enjoy sunshine. And because Phuket gets such intense sunshine, they will do fine in filtered shade. The one thing plumerias dislike is wet, cold soil. Put one in a dank spot and it will ‘throw in the towel’.

They are equally straightforward to grow from cuttings. Use a light potting medium with plenty of sand to permit rapid drainage, and store your cuttings for a few days to allow them to dry out. Then plant them about three inches deep in your soil mix. That way, as with euphorbias, you will minimize the risk of root rot.

Despite its exotic looks, it is an easy flower to look after. The plumeria’s only shortcoming is that it has a period of dormancy when the leaves tend to discolor and fall. It is also prone to a disease called rust.

On Deck: At last, good news for our oceans