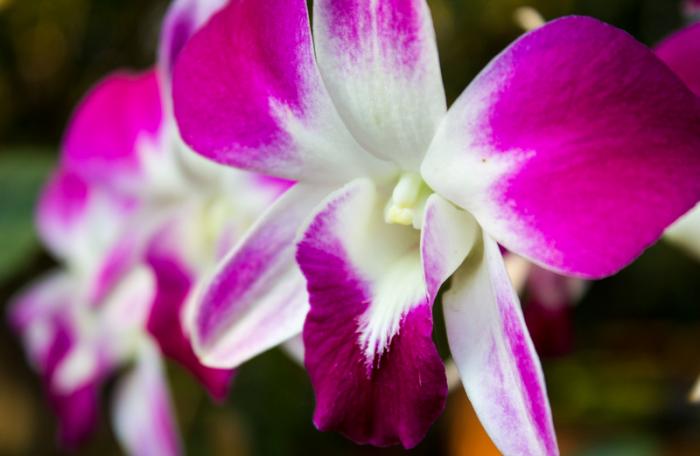 PHUKET: At my age, time seems to whizz by – about the only form of awareness that does. Recently it was the doleful anniversary of the Charlie Hebdo massacre in Paris. It seems only a couple of months ago, but memory plays strange tricks on the aging brain.

For instance, when I checked, I found my last piece about orchids was penned in these pages nearly five years ago. Asked, I would have estimated less than a year! Nonetheless, orchid lovers will rightly conclude that I have deliberately ignored not only one of the largest and oldest families of flowering plants (twice as many varieties as birds), but arguably the most exotic of all. The quintessence of tropicana. Phuket even has its own orchid farm in Chalong.

So why the disregard? Well, apart from the lapse of memory, I confess to possessing few orchids in my garden, and have generally had mixed success with them. Part of the problem is that different species have different needs. For example, temperate orchids are terrestrial and grow, like most self-respecting plants, in the ground; on the other hand, many tropical species need no soil, are epiphytic (air plants) and survive in the wild by clinging to trees, or even rocks.

Your local nurseryman’s answer to this propensity is to display epiphytic orchids in small, perforated containers of wood or plastic, with a loose potting mix of coconut husk, sphagnum moss, plus broken brick, or charcoal, to allow perfect drainage. The roots must be allowed to breathe. Perversely, the plants will still require regular applications of liquid fertilizer – a substitute for the organic matter that they would naturally absorb from the rainwater that courses down trunks or rocks.

The other aspect of orchid cultivation that tyro gardeners often get wrong is to locate them in an unsuitable part of the garden. Phalaenopsis, or moth orchids, for instance, do best in full shade and must never be allowed to dry out, although they will not tolerate water at the growing tip. Avoid full sun.

Suitably cared for, they are gorgeous additions to any tropical garden and though the single main stem is fleshy and produces a mere two or three thick, leathery leaves annually, it sends out spikes – wiry flowering stems on which the large blooms seem to float like pantomime fairies, almost independent of support.

Moth orchids are, moreover, profuse bloomers: one long stem may carry up to twenty flowers. Widely hybridized, they are now available in white, pink or red. Amabilis, native to New Guinea, but commonly sold in Phuket’s nurseries, has blooms that are white with interior red and yellow stripes.

For a sunny location, you might consider dendrobium. It is relatively easy to cultivate, but needs at least half a day’s sun, preferably in the morning. A sympodial orchid, it develops pseudo-bulbs which may be a couple of meters long and characteristically hang down from the container. Mainly epiphytic like phalaenopsis, it has copious sprays of small and fragrant flowers. Widely hybridized, varieties are available in a stunning range of colors, including an eye-catching yellow (chrysotoxum). Long lasting, the blooms are a staple of the cut-flower industry.

If you have gardening or environmental concerns, contact Patrick at drpaccampbell@gmail.com. Many of his creative and academic publications can be found on his website: Green galoshes Wordpress.

Imagine: A World Without Boundaries