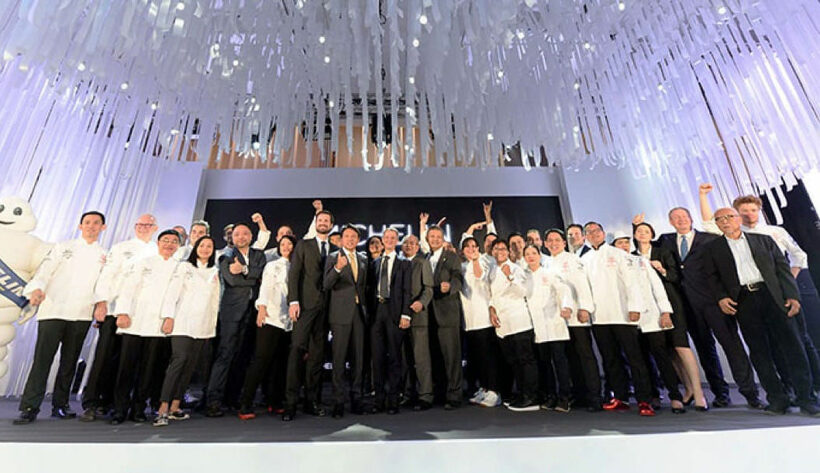 Traditional Thai restaurants ‘R-Haan’ and southern-style ‘Sorn’ have each scored two Michelin Stars for 2020, while ‘Le Normandie’, ‘Mezzaluna’, and ‘Sühring’ held onto their two stars. Another 24 restaurants in Thailand received their first Michelin gongs.

The awards were announced at the launch of the 2020 Michelin Guide for Thailand, featuring award winning restaurants in Bangkok, Chiang Mai, Phuket and Phang-nga. It’s the third edition of the guide for the country.

Both R-Haan and Sorn received a Michelin Star last year, making their second star only a year later that much more impressive.

Twenty restaurants across the kingdom, which won a star last year, retained their awards, including Bo.lan, Canvas, Chim by Siam Wisdom, Elements, and many others, and 94 bagged the Bib Gourmand award, with 27 new entries including eight in Bangkok, 17 in Chiang Mai and two in Phang-nga.

“The ‘locavore’ movement, or the use of locally sourced ingredients, has become the true star of Thailand’s foodscape,” according to the Michelin Guide’s international director.

“The trend indicates Thailand’s rich diversity and high quality of local produce. In addition, we see the glorious rise of traditional Thai cuisine, as, for the first time globally, two traditional Thai restaurants, both promoted from one star, are on the Michelin Guide’s two star list.”

The 2019 Michelin Guide for Bangkok, Phuket and Phang-Nga is available HERE. 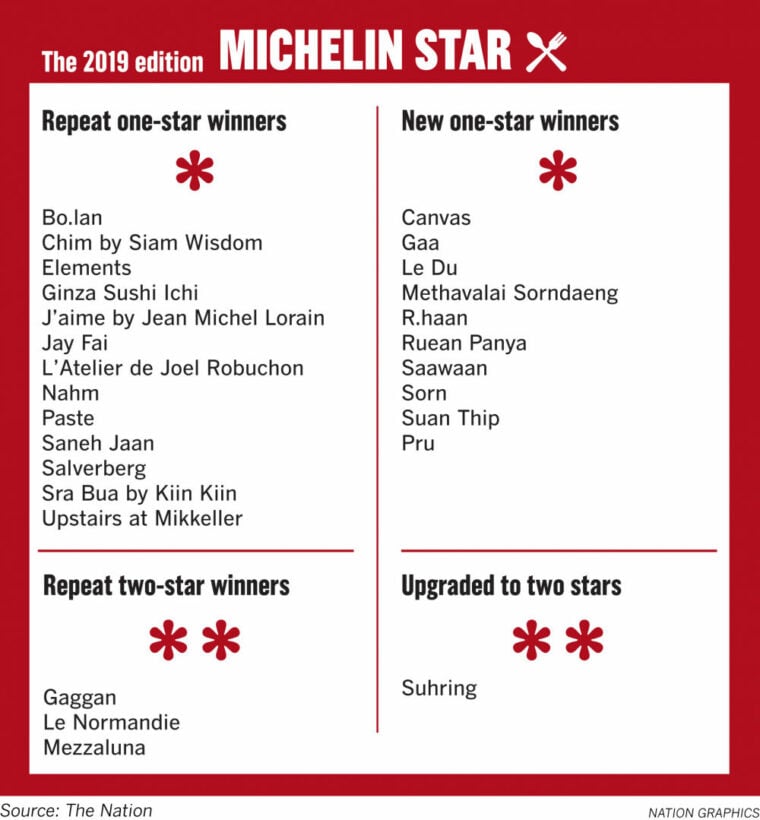