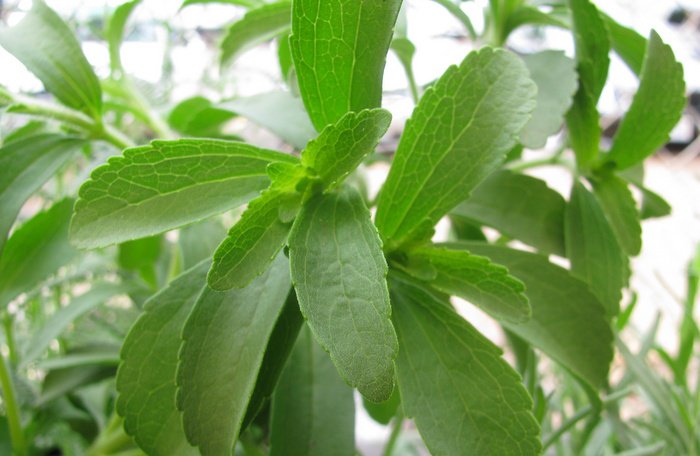 PHUKET: “Sweetness is the favorite taste for everyone. Eating too much sugar (sucrose) or artificial sweetener is not good for health. Nowadays, the natural sweetener from stevia is a good choice for sugar substitution because it is up to 300 times sweeter than sugar, non toxic and has no calories,” says Pisamai Kulkanjanatorn PhD, Pharmacist, Assoc. Prof, Department of Pharmaceutical Chemistry, Faculty of Pharmacy, Mahidol University, Thailand.

Could this perennial shrub native to the northern regions of South America that is now cultivated commercially all over the world, including Thailand, be the holy grail of sweeteners? It is a winner in my house and the first choice I recommend to clients.

What is so sweet about stevia?

The leaves of the stevia plant contain several chemical substances called glycosides. The main extract of this calorie free plant are called stevioside (the most common form and considered the more bitter extract) and rebaudioside (less bitter form).

Is it really that much sweeter than sugar?

Personally that is a tough one, and I can only say it has a ‘different’ sweetness, but with a distinct bitter edge – so for many people it takes a little time to get used to. Stevia is a great blending sweetener, I feel, and works well with other sugars like Xylitol, which is also considered a good alternative.

What forms can I buy it in?

I personally buy it in its raw, powdered form so it looks green and has a bitterness to it. But it can be bought in a liquid extract form and also a more refined white form which are isolates of one or more of the steviol glycosides mentioned above. Some of these are less bitter. Also when combined with other types of sweeteners, they are more favorable to some – just always check that they are not adding it to an artificial sweetner. And ideally Xylitol is a good complement, but check the ratio of each to know what you are getting. You will also find stevia powder in tea bags – which is nice too, especially mixed with other herbal tea varieties.

Does Stevia have any other health benefits?

Stevia is not only sweet so you can replace other sweetners and start balancing blood sugar levels, but there is mounting evidence that stevia can aid in glucose tolerance and clearance after a meal – a recent study in type II diabetic subjects that reduced after-meal blood glucose levels by an average of 18%. (Gregersen S, Jeppesen PB, Metabolism). One mechanism is that stevia is actually a good source of chromium which is an important factor for enhancing insulin activity. Studies show that people with type 2 diabetes have lower blood levels of chromium than those without the disease.

A double-blind, placebo-controlled study published in the British Journal of Clinical Pharmacology in 2000 demonstrated that oral stevioside taken at doses of 250 mg, three times a day for one year resulted in significant, lasting decreases in both systolic and diastolic blood pressure in patients with mild to moderate hypertension.

More than 30 countries permit the use of stevia extracted powder (steviol glycosides) as a food additive or dietary supplement. Steviol glycosides were approved by Thai FDA since 2002. The United States originally banned it in 1991 based on inadequate toxicological evidence of its safety, but the ban was not based on any consumer complaints or reported adverse effects (which raised a lot of suspicion of who the FDA was serving – big industry or the consumer) but they permitted to use steviol glycosides as a food additive in 2008 and the EU, after stringent testing, also allowed it in 2011.

Where can I buy it?

There are health food stores in Phuket selling it – especially the tea. But a simple google search will find providers in Thailand who can ship it.

Craig Burton is a nutritional expert with more than 15 years of experience at the forefront of the health and well-being field. He offers a high-level of his expertise in functional training and nutrition, focusing on detoxification, food intolerance and nutrient deficiency. For more information about Craig and his services, visit thevitruvianmethod.com

Up in the air: Passion for aviation: Part I