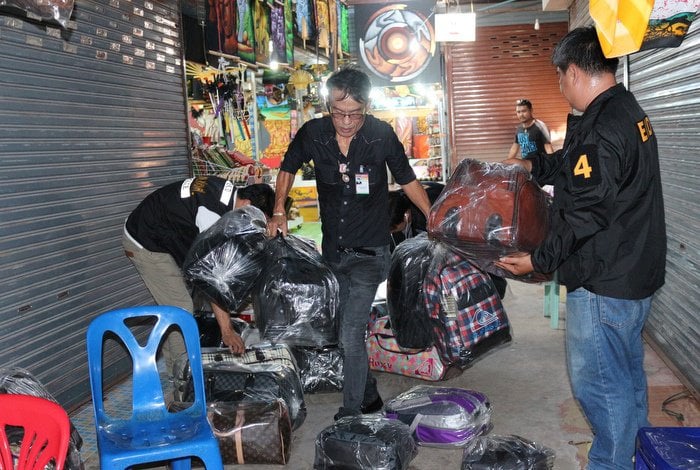 PHUKET: A number of shops managed to close before a police raid on pirated goods hit Kata and Karon yesterday. However, police were able to seize about 1,400 items and arrest one suspect.

“We received a complaint that there were a lot of fake name-brand goods being sold in the area, so we decided to investigate,” Lt Col Pratheep Choosri from the Economic Crime Suppression Division 4.

The team started at the Kata Center, which sent a number of vendors scrambling to close their shops or flee the scene without bothering.

“We seized a total of 1,400 items from the shops that were left open,” Lt Col Pratheep said. “We believe someone then tipped off the shops at Karon Plaza, because they were almost all closed when we arrived.”

Ms Srirat was charged for the sale of copyright-infringed goods, confirmed Col Pratheep.