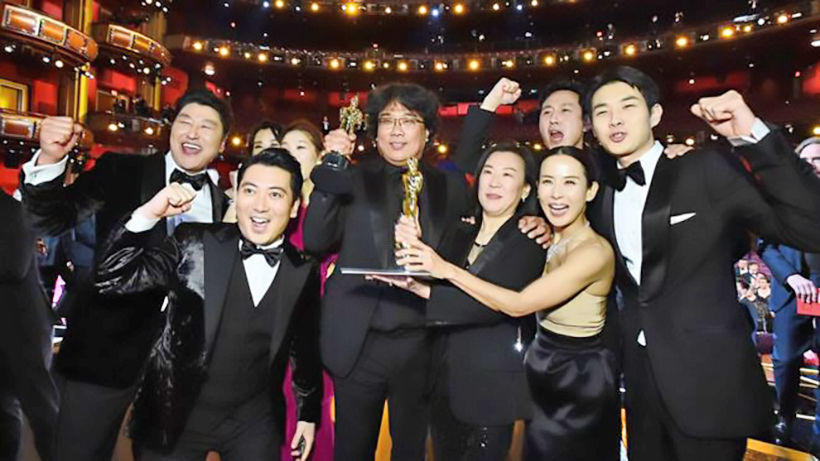 “Parasite,” a South Korean thriller and dark comedy about modern poverty and wealth, swept the Academy awards on Sunday, taking home four Oscars including Best Picture, and making history. It is the first non-English-language film to take home the most coveted prize in Hollywood.

Its Best Original Screenplay award was the first Asian Oscar in that category, and the first for a Korean in any category. It comes on the heels of the 100th anniversary of the birth Korean cinema in 2019. The film also snapped up the prize for Best International Feature Film, as was widely expected.

“I feel like I’ll wake up to find it’s all a dream. It all feels very surreal.”

The movie follows a family of scammers from South Korea’s underbelly, who plot to secure work in an affluent Seoul household, as tutors, a driver and a housekeeper.

Critical reaction has been overwhelmingly positive. Bong told his Hollywood audience in his Golden Globes acceptance speech: “Once you overcome the one-inch-tall barrier of subtitles, you will be introduced to so many more amazing films.”

“Parasite” is deeply rooted in its depiction of Korean society without having to pander in any way to foreign audiences.”

‘Leaving Thailand’ – From Phuket with love and heartaches

Cast of popular TV show claim they were stiffed