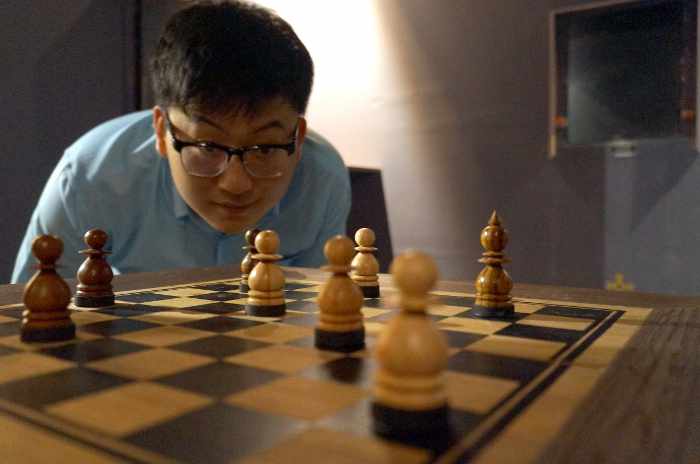 PHUKET: In that magic moment between when the sun has set on Patong Beach and the nightlife hasn’t kicked off, there now exists the embodiment of a childhood fantasy: a world of hidden tombs, moving walls, lasers and code cracking.

Chamber of Secrets, Phuket’s first real-life escape game, has opened its doors, but the light only shines a short way into the catacomb.

“It’s exactly like you are watching a movie. But we put you in it, and make you the star,” says Alex Hu, who is spearheading the project.

“We want to bring the most exciting thing in China to Thailand, and from Phuket, which is an international tourist destination, and introduce it to the world.”

Chamber of Secrets operates 20 attractions in China, and has recently opened one in San Francisco.
“It became famous in mainland China and Hong Kong about two or three years ago,” Alex says, clearly thrilled to be bringing the game to Phuket.

The idea behind the attraction comes from escape-the-room games created as freeware browser games and for flash platforms. The simple first-person games leave the player isolated in a room with a single goal – get out.

Alex admits that before joining Chamber of Secrets he played the escape games online. However, they are nothing compared to the real thing, he says.

“When you are in the room, you feel the time passing; you can really touch things. When you play online, you just hold a mouse and click. You don’t feel like you are there, in the story, in the environment.

“[Online], you don’t need to control the time, you can do whatever you want… you can get up and get a drink of coffee if you like.”

Coffee, or any other beverage of choice, however, is not an option in the real-life adventure, at least not until you escape.

Unlike the flash games, (thankfully) Chamber of Secrets doesn’t lock you away without at least one friend.

The smallest room, Mermaid of Songkhla, is designed for a group of two to six people, while the larger chambers, King Naresuan’s Tomb and Temple of Ganesha, are built for four to 10 people.

A security camera on the wall of each sub-room is there to keep an eye on you, and gives you a chance to signal for help if your team really gets stumped – escaping isn’t so easy.

“In each sub-room you have different types of puzzles; usually the most difficult puzzle is in the last room. This way, all the customers can experience the whole game. We want people to make it to the final room,” Alex says.

The key to developing the puzzles is not making them difficult or easy, but creating them to fit into the story line of the room.

“It has to be related, people need to feel like the puzzle is meant to be there.”

And if you and the rest of your team become flummoxed?

“We have a security guard watching you 24 hours,” Alex says comfortingly (We can only pray that nobody is stuck that long sorting out what artifact alignment gets the walls moving).

For most groups, it takes an hour or two to escape.

The themed rooms, composed of several sub-rooms, are designed to contain aspects of Thai culture, history, lore and myth… the kind of environment Indiana Jones would most certainly feel at home in.

“We built it as an attraction. We did some research on famous Thai stories and myths, and based the rooms on them. We made the stories part of the game, as we would like people to learn some things about Thai culture too,” Alex explains.

The rooms have already been modified to improve authenticity.

Since the first trial runs, the Temple of Ganesha has acquired many order-made statues, and had script found in actual temples re-created on the walls.

“You really feel like you are in a temple, that’s what we are looking for.”

The inclement weather of the Green Season is the perfect time to unlock the doors of our childhood dreams and march into the Chamber of Secrets – only to be locked away again.

“This game is for kids, kids between five and 99 years old,” Alex says with a delighted smile, as the back wall of the chamber begins to retreat…

Crowning glory of a great novelist