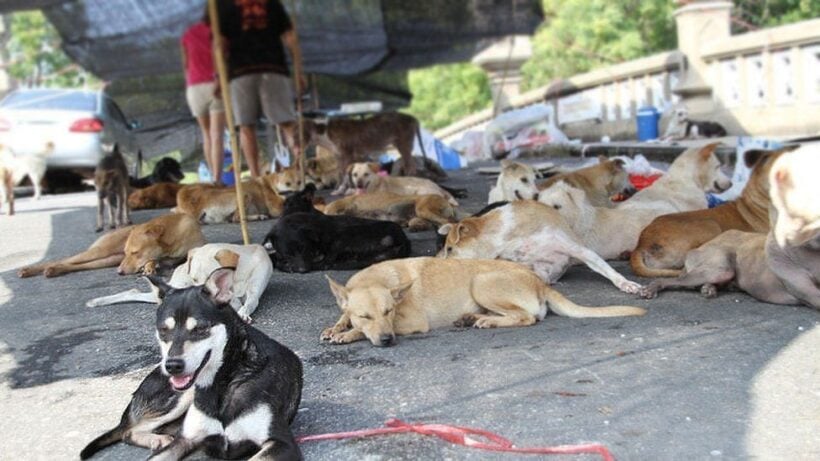 Bangkok’s governor says the time is up for the capital’s stray dogs. He says ‘enough is enough’ and that too many people are being bitten and harassed.

Measures adopted by the Bangkok Metropolitan Administration have so far proved insufficient and new plans are now being made to address the ongoing problem of stray dogs.

The sight of soi dogs has been a ubiquitous part of the landscape in Bangkok for hundreds of years.

Officials in 50 districts are now being trained in catching techniques and strays will be removed from the capital and taken up country after screening.

Governor Pol Gen Aswin Kwanmuang has assured the public that collected dogs would not be killed – they would be looked after. But he is urging people who can no longer take care of their pets to contact the BMA and not discard them on the streets.

Aswin says that the current process of vaccinating, neutering and catching dogs that bite people have been insufficient. So he has ordered his deputy to meet with stakeholders in 50 districts to address the problem.

The numbers of soi dogs will first be registered in each district then teams will be assigned to round up those with no owner, those that have strayed and those that might be dangerous to the public. They will first be taken to a BMA facility in Prawet where they will be screened for diseases, vaccinated and sterilised. Then they will be taken to a dog pound in Uthai Thani that can cater for 8,000 animals.

He is also calling on the Department of Public Health, the Veterinarian Department, university vet departments and dog loving organisations to help with updating processes and procedures for controlling the stray dog problem.