The routine holiday to Bangkok, Thailand, for seasoned Malaysian tourists (like me) will probably include eating, massages and shopping. We have visited most of the tourist spots, and they are no longer appealing.

Yes, we’ve been there, done that… you know the drill.

It’s become obvious to us that there are no tigers in the strangely named “tiger shows” as the performers are more acrobats than animal trainers, and it takes little for most of us to distinguish Lady Boys.

Then, there’s only so much spicy tom yam soup and spicy som tam salad one can take before setting their belly on fire.

Not on the list of the most exciting things to do, though, is twiddling with our phones while the wives take forever to shop in Pratunam Market, the largest retail market in the city.

Also on that “list” is how some friends are forever asking the favour of paying respects – which they call vows and blessings – at the famous Erawan Shrine, or more famously known as the Four-Faced Buddha, located at the busy Ratchaprasong intersection.

That’s what average Crazy Middle Class Malaysians do when they are in Bangkok – the same thing again and again.

On a recent trip there, though, I decided to try something else. It’s already on the tourist map, but not mainstream yet, and it was important that I saw it before China tourists discover it and squeeze me out of the “dog house”.

Being the owner of two lovely huskies, I was advised to check out TrueLove at Neverland dog café, located at a leafy, quiet neighbourhood in Bangkok.

It was a challenge getting there because most Thai taxi drivers don’t speak English well. It was a struggle telling them I wanted to visit a husky café – because they had no idea what I was describing.

For some weird reason, the taxi driver kept saying “dog no good, sir, tiger better, very cheap. I take you to Soi Cowboy, very near only. No see dog, see tiger.”

At this point, I began to get worried that our linguistic problem would lead him to selling me a show of feline persuasion, his interpretation, of course.

Thank God for Google, as we finally reached the location of the address – No. 153, Soi Ari Samphan 2, Phaya Thai, Khet Phaya Thai, Krung Thep Maha Nakhon 10400. And now you know why it isn’t the best-known address.

But it was a worthwhile trip despite the initial hiccup and having to fend off the attempts of the taxi driver to take me to see furry animals of a different variety.

What sets TrueLove apart from the pack is its unique skew: The café is specifically a husky café.

There are dogs and then there are dogs, and I love these wolf-like animals for their appearance and beautiful coat of fur.

They are known to be stubborn, even stoic at times, and can be near impossible to command. Despite their intimidating appearance and strength, huskies are gentle, friendly and affable to humans. For whatever reason, they are a misunderstood canine species. 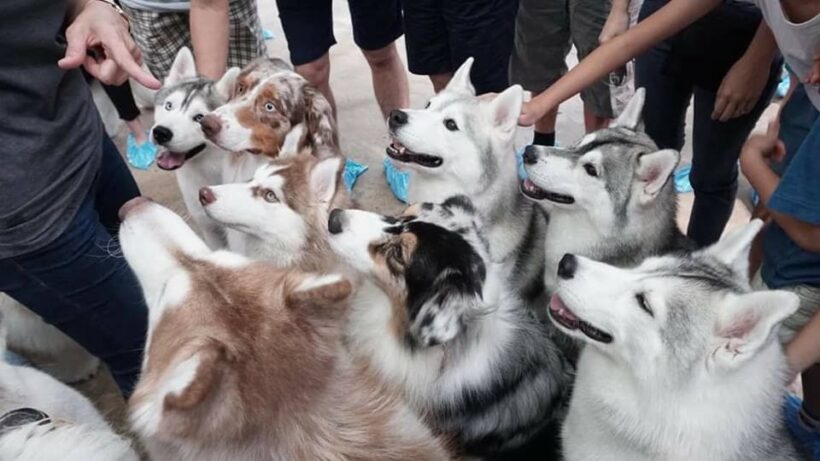 I was curious to find out how many of these dogs would be on parade to justify the entrance fee, and if the owner had provided adequate air-conditioning and fans to keep them cool and comfortable.

With their Siberian and Alaskan lineage, these huskies can’t bear the heat – even if they are born in Thailand or most places in Malaysia.

When they are young, some have the trademark piercing, deep blue eyes, but as they grow older, those peepers turn grey or brown. Being a formerly-ignorant owner, I always blamed our lousy hot climate for the loss of those striking blue eyes.

In answering my primary curiosity, yes, there are enough dogs there to make one feel satisfied with the investment, but what was most heartening was the owner’s attention to hygiene.

The enclosure was free of dog odour, poo or urine stains because attendants keep the place spick and span. The dogs are in view from the side of the café. For those wishing to enter the play area, they must adhere to some strict rules.

I had to take my shoes off and wear plastic covers for my feet provided by the café. I also had to wash my hands and use bacterial lotion – before and after entering the play area. The strict hygiene practice is commendable.

Eager not to miss a thing, I arrived at the café early for the “parade”, which was essentially the grand entrance of the 25 or so dogs that comprised Siberian huskies and Alaskan malamutes. This was them coming out of their air-conditioned “homes”.

Visitors are then allowed to join the “play and touch” session with these lovely huskies, as they energetically jump around, or just laze about, waiting to be patted and hugged.

Accustomed to the adoration of visitors, these dogs are at ease and readily interact with people. As much as I’ve described them as stubborn, they’ll happily pose for photographs, too. 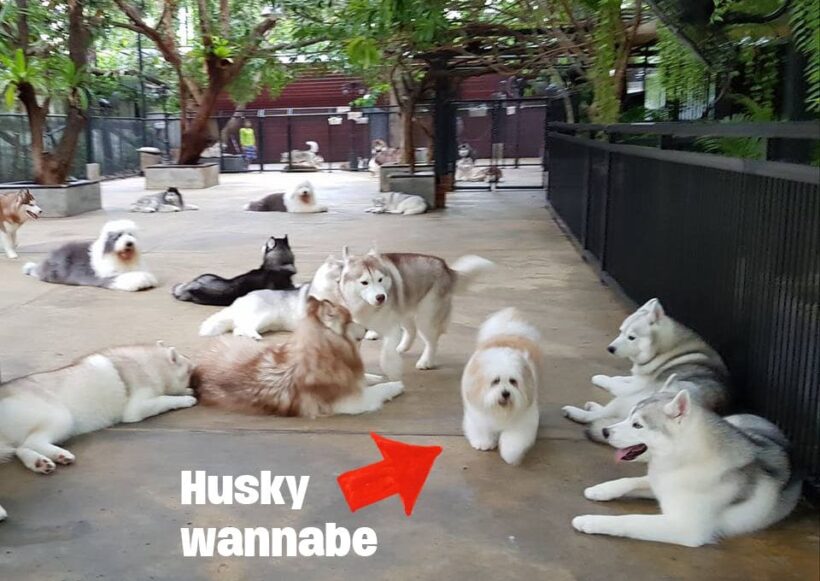 The dogs seem healthy and well looked after, as is apparent from their physique, behaviour and mood, which pleases me tremendously as a visitor and dog lover.

Treats aren’t required for the obligatory “bribe”, proof that these very endearing dogs are comfortable and sociable. These pooches sure enjoy being touched and hugged.

On the flip side, I had the misfortune of seeing sad-looking bears at a small zoo in Hokkaido, Japan, begging for food from visitors from their smelly enclosures. It was a sight which made my blood boil, and made me want to do something completely reckless, like freeing them into the nearby forest. That’s a sinful place and should be shut down.

Closer to home, it’s a no-brainer that no one goes to the husky café for the food – entrance tickets come with a complimentary cake and drink each – but rather to experience the joy of playing with these lovely and beautiful dogs.

These hair-shedding dogs are not the easiest pets to take care of and many dog homes are aware of owners abandoning them after realising the difficulties in caring for these big canines. So, the café offers a unique experience for us to be near them without the hassle.

There are enough dogs and time for visitors to have their fill, although in typical kiasu (afraid to lose) fashion, there was the predictable rush to hug the nicer-looking animals for pictures when the play area was opened.

What you really need to do is just chill and laze around, because these huskies will come to you. The best photographs are had when the excitement has died down and the animals are calmer.

This is an experience highly recommended for families, especially for children who have never interacted with dogs or had the opportunity of owning one because they either live in a tiny apartment or in an environment prohibiting dogs.

Be there early to avoid the crowds and check the latest operating times on the café’s Facebook page. It is also better to call and place a booking, if one is in a group, to enable the staff to organise visits.

To get to TrueLove at Neverland by public transport, take the BTS (train) to Ari Station. Leave the station via Exit 2, then hop on a tuk-tuk and ask for Soi Ari Samphan 2, a trip which should cost about 40 baht each way. The staff at the café are helpful and ready to assist visitors in calling for a taxi or tuk tuk, so they can find their way out of this dog haven. 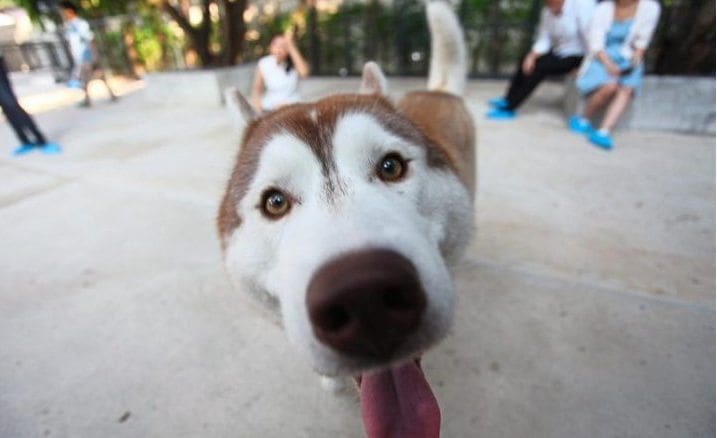 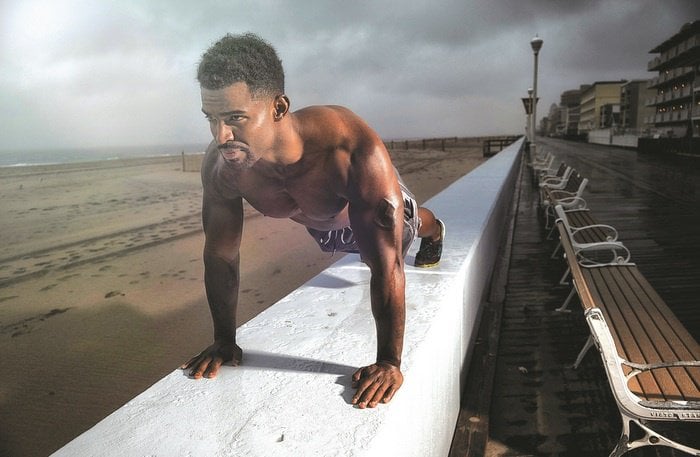 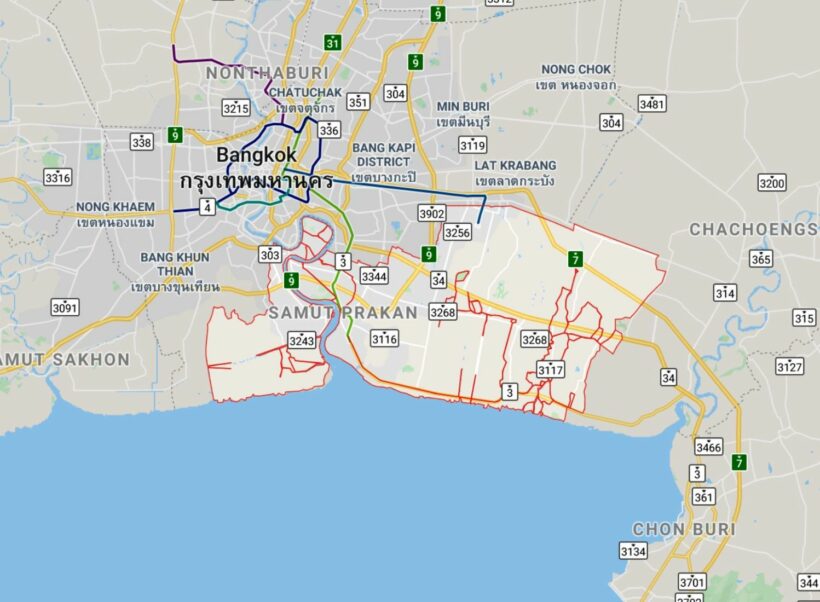 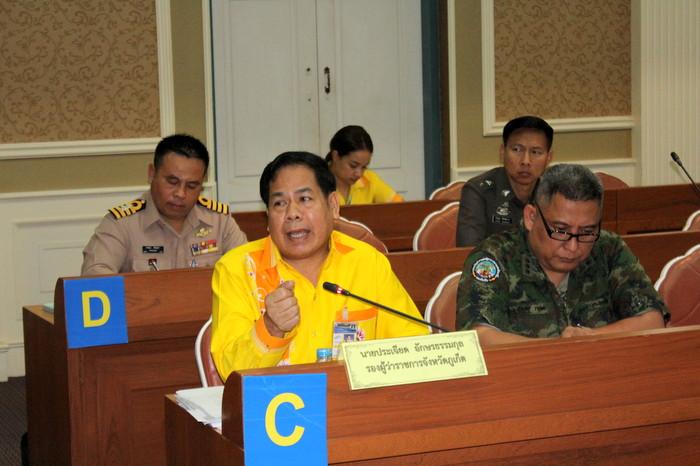 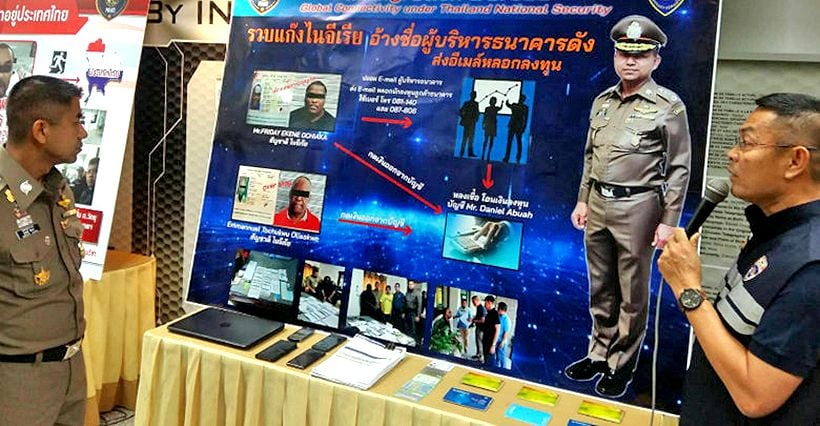 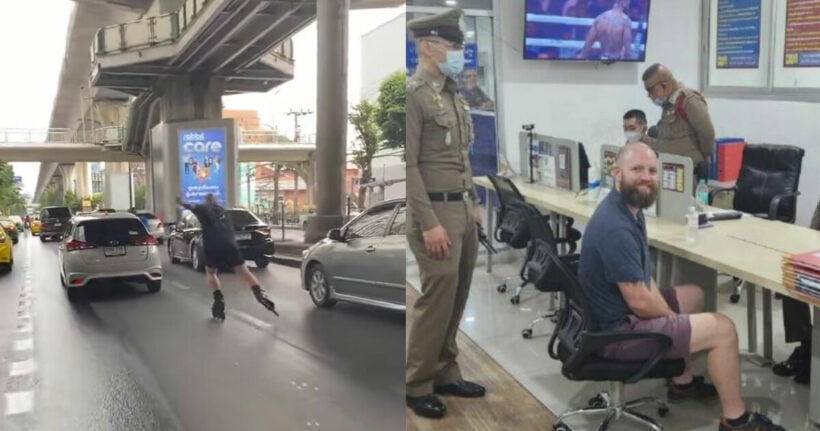