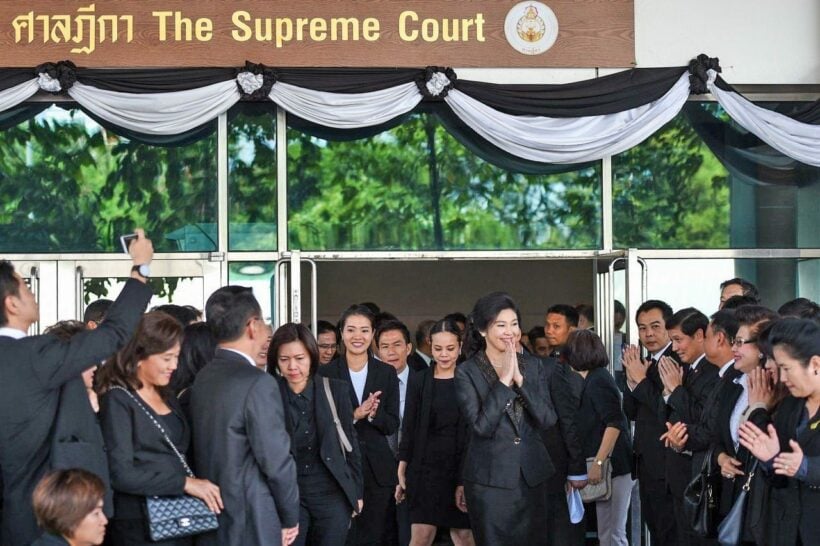 The investigation into the flight of former PM Yingluck Shinawatra has narrowed down to the border province of Sa Kaew after authorities say she was spotted there days before her verdict hearing where she was a dramatic ‘no show’.
Sa Kaew is 237 kilometres east of Bangkok and near the border of Cambodia.
According to The Nation, the CCTV footage doesn’t show the convoy at the border checkpoint but finishing at a military checkpoint in the province.
Deputy PM Prawit Wongsuwan says it’s the first “solid evidence” to emerge from a two-week investigation of Yingluck taking the escape route via the east.
He says the CCTV cameras could not track the vehicle’s movement any further hence there was no evidence to suggest that it had actually crossed the border into Cambodia.
Officials are trying to track down the car’s driver for interrogation.

The former PM hasn’t made any public appearance since August 23, but there are widespread reports she is now with her brother Thaksin Shinawatra, who lives in self-exile in Dubai.

The junta has come under fire from some conservative allies over Yingluck’s disappearance, with many questioning how the junta could have let her slip through the net.

Laypang gets measured up for new home