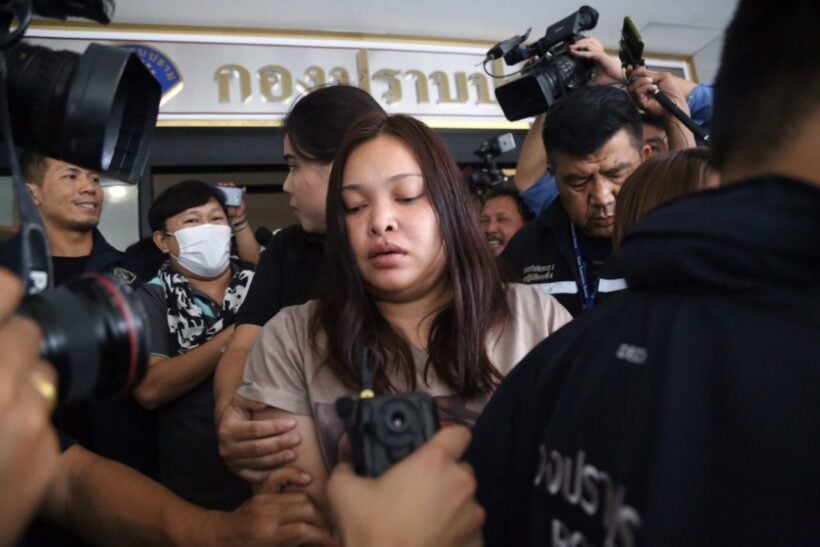 The 32 year old ‘dowry digger’ from Loei (north-eastern Thailand) has been arrested for allegedly duping at least 13 men into marrying her and then fleeing with their dowries and wedding gifts. Jariyaporn Buayai is denying the accusations. She also claims to have only wed seven men – each of whom she had been dating for a period of time and had broken up with before starting a new relationship.

Asked by the media pack if she loved any of the men she married she ‘sobbed and went quiet’, according to The Nation.

She’s also denying an accusation that she stole an ex-husband’s pickup truck, which police found in her possession during the arrest. She says he gave it to her to use.

The CIB chief says Police were hoping to question the woman’s elusive parents who, they’re convinced, were in on the scam with their daughter. They reportedly showed up to all of the woman’s weddings.

So far, 14 victims have filed complaints against Jariyaporn, amounting to more than 3 million Baht in losses. Police believe there are even more victims.

Police intend to prosecute Jariyaporn for fraud and retrieve her assets to return them to the rightful owners.

Jariyaporn was arrested on Thursday night in Samut Nakhon, south-west of Bangkok, where she stayed with husband number ?, 33 year old Kittisak Tantiwatkul.

Cleaning up Patong. 12 arrested for drug possession in Phuket