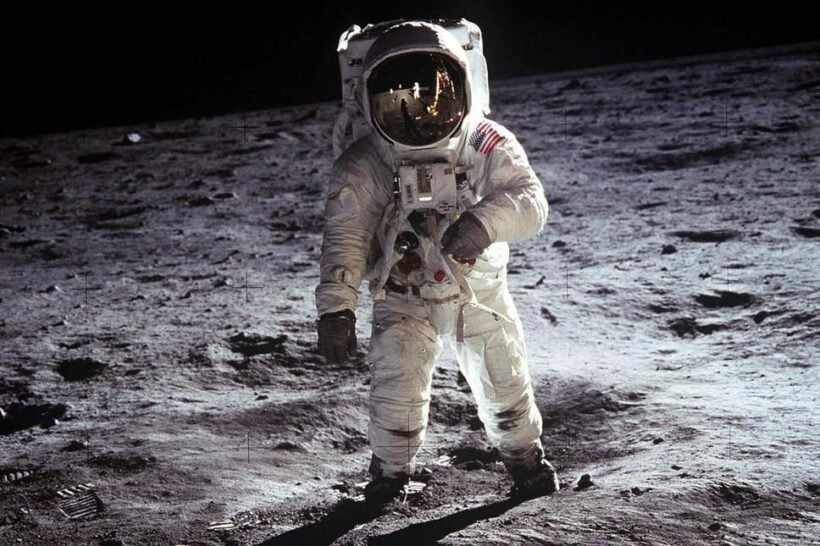 Where were you when Neil Armstrong fist stepped on the moon?

The momentous, and enormously complex project, proposed by President John F. Kennedy in 1961, came to fruition on July 21, 1969 when Neil Armstrong, then Buzz Aldrin, stepped onto the lunar surface. It was an expensive endeavour with five other missions to follow that would also walk men on the moon. Michael Collins, the third man in the mission, remained in the command module orbiting the moon while the other two were conducting the historic walk and research on the moon surface.

Inspired by the US’s Cold War rivalry with the Soviet Union, the mission is now remembered as an iconic moment all over the world and was one of the most followed, and watched, events in the 20th century.

NASA marked the anniversary by streaming footage of the launch online (warmly recommended – click the ‘T-minus 1 minute’ button in the top right), giving a new generation a chance to see the historic moment that was watched by half a billion people 50 years ago.

All three astronauts were born in 1930, and although Aldrin and Collins are still alive, Armstrong died in 2012 at the age of 82.

Aldrin, the second person to walk on the moon, tweeted on the anniversary.

“Today, America put the big question to rest: We got there first. We landed on the moon with 250 million Americans watching our backs. The truth is: that mission belongs to all of them, and to future generations of Americans who dream to reach the moon once more.”

Michael Collins, the third crew member, asked by Fox News if he thinks about the mission very often…

“Not very often. I lead a quiet life.”

“I’ll be walking along down my street at night, when it’s starting to get dark, and I sense something over my right shoulder – and I look up and see that little silver sliver up there and think, ‘Oh, that’s the moon! I’ve been there!'”

Cities around the world have held events to celebrate the landmark anniversary – including around the US at the NASA Space Centre Houston, near the site of the Apollo 11 launch.

Earlier, in a launch coinciding with the anniversary, a Russian Soyuz spacecraft carrying astronauts from the US, Russia and Italy took off from the Baikonur Cosmodrome in Kazazkhstan, bound for the International Space Station.

“And lift off – 50 years after a small step for man, the Soyuz rocket and its multinational crew take a giant leap off the launch pad bound for the international space station.”

One small step for man – 50 years ago today