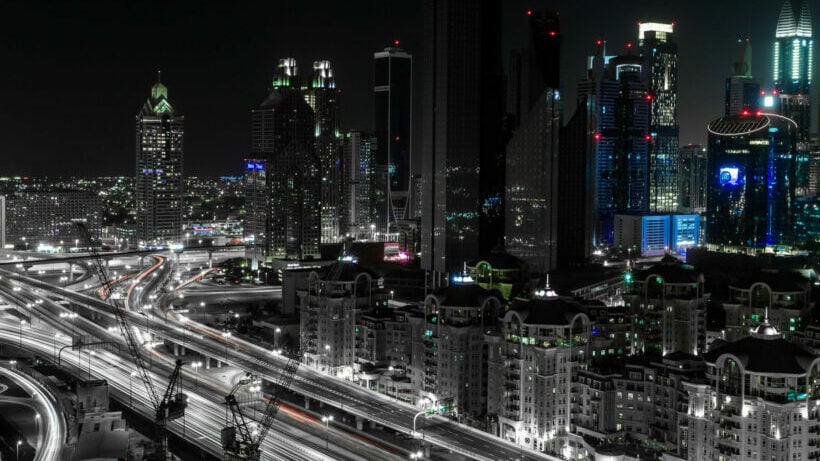 A Thai woman who had been tricked into being a sex worker in Dubai, a city on the Persian Gulf Coast of the United Arab Emirates, returned safely to Thailand, today. The woman was able to send a video message through Facebook on Sunday where she pleaded for help. She says she had been deceived by an advertisement looking for a masseuse.

The woman’s video caught the nation’s attention and motivated PM Prayut Chan-o-cha to tell the Labour Ministry to work with the Royal Thai Embassy in Abu Dhabi to secure the woman’s return to Thailand. The embassy says they were able to locate the woman on Monday at 5:30pm. Labour Minister Suchart Chomklin says the victim, name withheld, left Dubai just before 3am and arrived at 12:30pm today. For the next 14 days, she will quarantine due to standard Covid measures. Suchart adds that the ministry will assist the woman in locating a job in Sa Kaeo, her hometown. He says officials will investigate and prosecute the responsible parties that trafficked the woman into the UAE.

The woman says she was lured to Dubai by a woman she knew only as “Ms Lilly”. She says Ms Lilly invited her to Dubai to work as a masseuse at a spa and claimed she’d make up to 40,000 baht a month. When the victim got to Dubai on September 16, she says Ms Lilly instantly took possession of her passport and told her that she would be providing sexual services to the clients. The victim asked to go home but Ms Lilly said she would have to pay 70,000 baht to pay for the airline ticket and other fees, say officials. The victim then decided to release her video pleading for help. The video quickly went viral.

Thai officials identified the victim’s location at a parlour in Dubai, which closed shortly after the officials found it. Ms Lilly agreed to give the victim back her passport and brought her to the Dubai International Airport. Suchart warns Thai citizens that if they want to work abroad, they must use the ministry’s help or use the service of a recruitment firm. He adds that they must also apply to be a member of the Labour Ministry’s overseas employment fund before they leave.

Soidog
Well if the Thai multinational billionaires paid a fair wage for a fair days work, these poor unfortunate people wouldn’t have to take such risks. Only one group of people who should be ashamed of what is going on. Thailand…

AlexPTY
19 hours ago, Thaiger said: She says she had been deceived by an advertisement looking for a masseuse. it's like when say you will work as a cashier in a beer bar