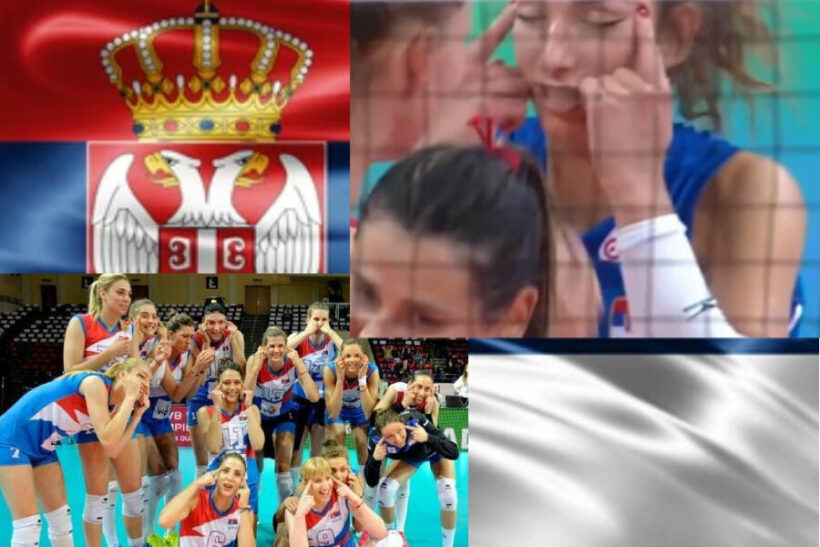 PHOTO: The Serbian volleyball team player was suspended for 2 games after making a racist gesture. (via Fox Sports Australia)

A Serbian volleyball player has been sanctioned by the International Volleyball Federation after an incident during a match with the Thai national team. During the match, Sanja Djurdjevic made a gesture pulling at the corner of her eyes which she said was to warn her teammates to watch their opponent’s strategy but was widely considered a racist gestures demeaning Asian eyes.

The Serbian player has been found to have violated the disciplinary regulations by the Disciplinary Panel Sub-Committee and has been suspended for 2 matches as a result. In a statement issued yesterday, the panel confirmed she would not play in matches against Belgium and Canada on June 8 and 12 respectively.

The Volleyball Federation of Serbia was fined about 700,000 baht for the apparent racist gesture which they described as unfortunate and said that she didn’t mean any disrespect to the Thai players. Sanja had immediately apologised to the Thai team after the game, which took place on June 1, and the federation issued a sincere apology to the Thai team and to anyone affected by the incident.

The Serbian team had a very similar issue a few years ago when the same racist gesture was used. A 2017 photograph of the team all making the same gestures, pulling back the sides of their eyes was taken when the team learned that they were travelling to a match in Japan.

The International Volleyball Federation has vowed to donate the fine money to a charity that fights discrimination or to finance cultural sensitivity training or educational programs.