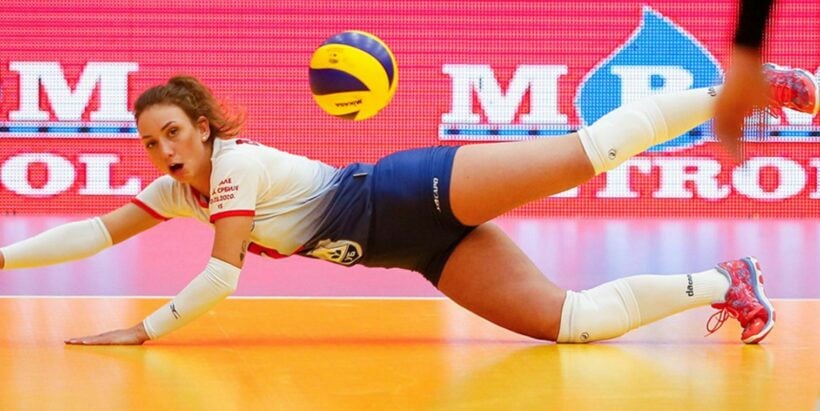 PHOTO: Sanja Djurdjevic, the Serbian Volleyball player who made an alleged racist gesture. (via odbojka-volleyball)

A volleyball match in the Nations League is making waves after a Serbian volleyball player made a gesture many considered racist during a game with the Thai team. Sanja Djurdjevic was signalling her teammates during the match when she tugged on the corner of her eyes, narrowing them into a gesture that has often been used as a racist jab at Asian people.

The Serbian volleyball player explained later that the pull at her eye was meant to be a gesture to signal her teammates to tell them to watch and play defence the same way the Thai team was, though she admits it was an irresponsible move.

“I didn’t mean to disrespect anyone. Of course, it was [an] unfortunate and not so smart gesture from my side.”

Sanja posted an apology on Instagram after the incident explaining she made a mistake and apologised to people around the world who might have been offended. She also confirmed that she apologised for the gesture directly to the volleyball players on the Thai team immediately after the game. The Serbian team won the match, hosted in Italy, 3 to 0.

A Facebook apology was also posted by the Serbian Volleyball Federation saying they were deeply saddened by the errant gesture and that it was a simple misunderstanding. The post described the game and general atmosphere between the two teams as friendly. They requested the mishap not be blown out of proportion.

The controversy comes after the Thai team had originally planned on withdrawing from the Volleyball Nations League, a league of 16 national teams. The Volleyball Association of Thailand made the decision after 22 team members and 4 partnering sports scientists were diagnosed with Covid-19 infections. The Association later reversed course and decided to carry on with participation, sending the remaining players that did not have Covid-19.

Jeronimo
She must be one of those unwashed ignorant disrespectful Farangs. Not only Thais but the whole world will hate her. Being an athlete should bring pride to her family and home country, but she’s obviously a disgrace!