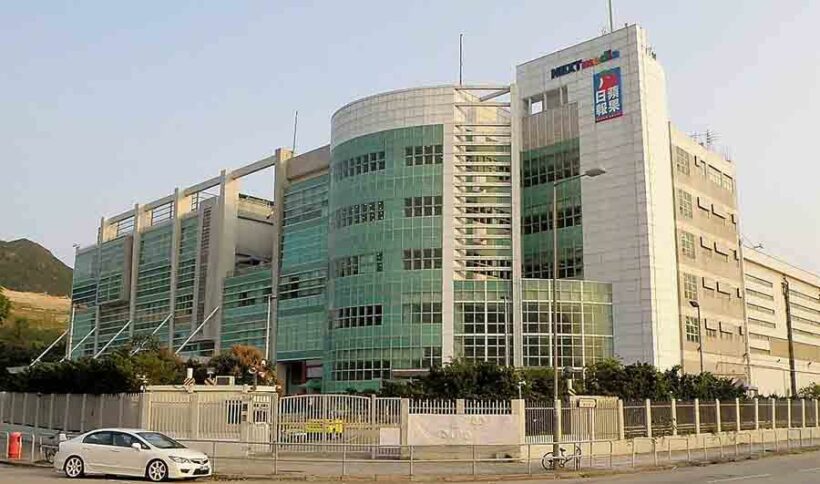 A group of pro-Beijing activists have been fined for violating social distancing rules after they gathered to celebrate the arrest of Hong Kong media boss, Jimmy Lai. Coconuts reports that around a dozen people came together outside the offices of Lai’s Apple Daily newspaper, toasting his arrest with champagne and party poppers. One woman accused Lai of colluding with foreign forces and destroying Hong Kong’s stability and prosperity.

“This celebration is our citizen’s wishes come true; we are extremely happy today.” 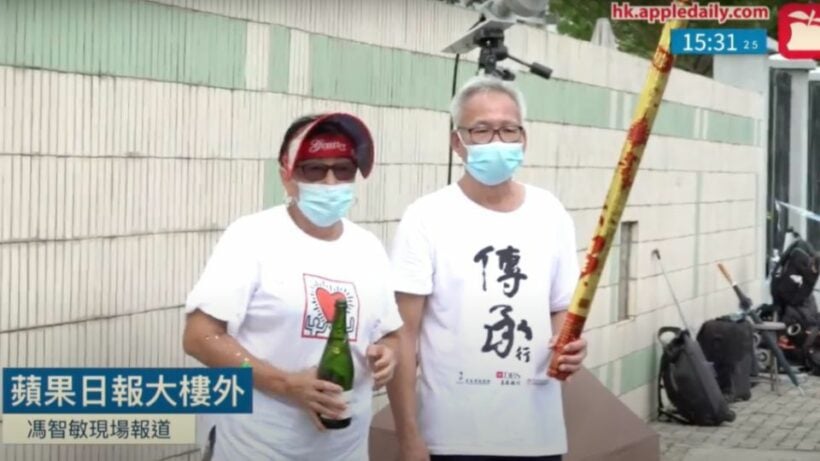 However, the celebration was short-lived as police arrived to charge them with violating social distancing measures currently in place to combat the spread of the Covid-19 virus. Initially, the revellers tried to reason with officers, ignoring orders to disperse, but 7 of them, 3 men and 4 women, received fines for violating a ban on mass gatherings. The penalty is a fixed amount of HK$ 2,000 (around 8,000 baht).

Jimmy Lai was arrested at his home yesterday and is being charged under the controversial national security law imposed by Beijing at the end of June. Officials accuse him of colluding with foreign forces. It’s understood at least 8 of his employees at Apple Daily have also been arrested and the paper’s headquarters have been raided.

Critics of the national security law say it has been introduced to curtail individual liberties and press freedom and that it violates a British-Sino undertaking put in place when Britain returned the territory to China in 1997. Pro-democracy activist Joshua Wong has taken to Twitter to criticise Lai’s arrest, accusing China of attempting to turn Hong Kong’s media into propaganda outlets controlled by Beijing.

“Using its sweeping powers under #NationalSecurityLaw, #China now extends its reach to #HK media by clamping down on critical voices on media, halting flow of information to international audiences and turning the city’s media outlets into state-controlled propaganda apparatus.”