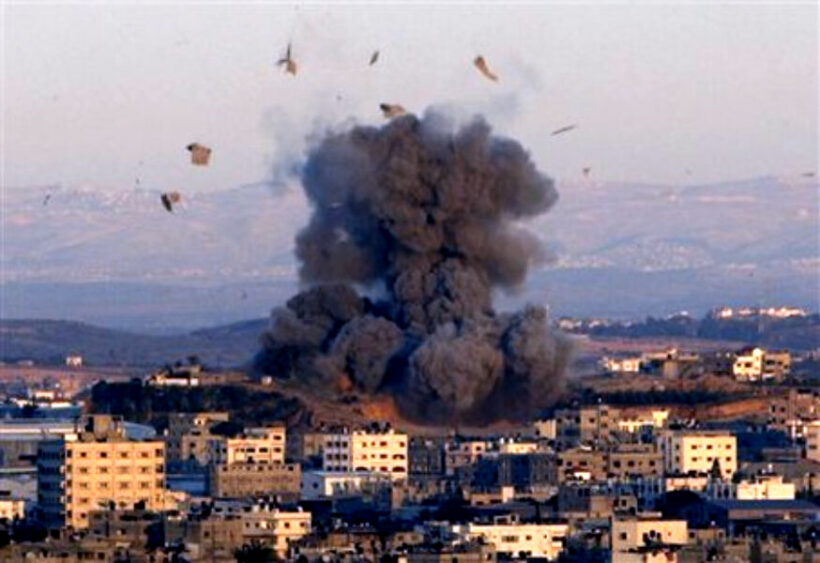 PHOTO: An explosion in the Gaza Strip injured a Thai national this week. (via Flickr/Jim Forest)

PM Prayut Chan-o-cha has made statements expressing concern and sorrow for the violence in the Gaza Strip as recent explosions have injured a Thai national. Thailand has a quota for agricultural labourers that work on exchange in Israel, with about 250 workers travelling to Israel each week on a charter flight. 3,100 Thai workers are currently already working in Israel.

Among the Thai labourers is Sitthichok Nanam, a 24 year old from Udon Thani who was injured in the Gaza Strip this week by a Hamas-launched explosion. No details about the nature of his injuries have been released yet, though he was treated at Soroka Hospital in Beer Sheva already. The Thai man had been working in Israel since June of 2017.

The Thai Royal Embassy in Tel Aviv passed on the information to the Labour Ministry who then contacted his family in Udon Thani to keep them updated on the situation. The ministry also requested funds to take care of the injured Thai man as well as to help other labourers who may need assistance.

Conflict has been escalating in the region as Israeli police and Palestinians have battled most recently over Muslims gathering at the Damascus Gate for iftar, the evening meal after daily fasting during the holy month of Ramadan. This is in addition to balloon bombs and dozens of rockets being launched from the Gaza Strip into Israel last week and other growing local conflicts.

PM Prayut has weighed in on the international matter since it does affect Thai citizens working near the Gaza Strip and in the region. His concern was added to a recent statement Thailand released regarding growing violence in the area.

“Thailand is deeply concerned by the violence in Israel and Palestine and strongly urges all parties concerned to exercise utmost restraint and refrain from any provocative actions that could escalate the situation and cause further casualties of innocent civilians and damages to heritage sites. Thailand also expresses its condolences and sympathies to those who have been affected by the violence.”