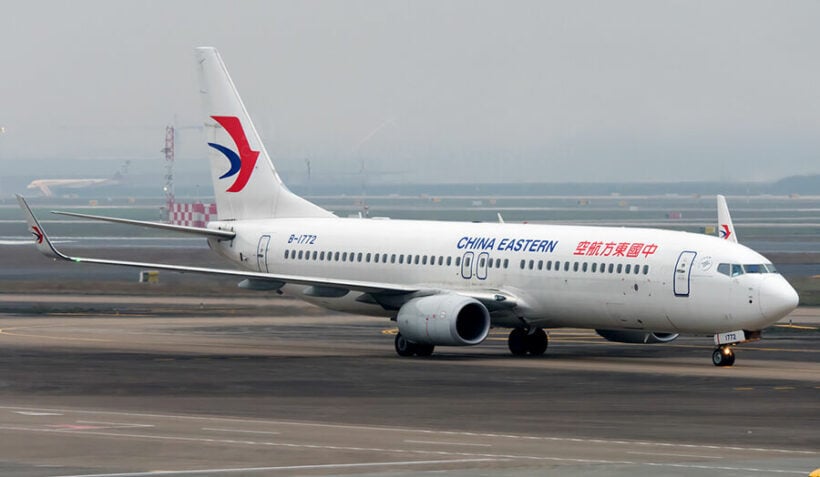 Rescuers searching the wreckage of the China Eastern Airlines passenger jet say there are no survivors. The Boeing 737-800 aircraft carrying 132 people crashed into a mountainside in southern China’s Guangxi region after a sudden nosedive.

Rescuers are searching a deep pit in the mountainside to find the plane’s black box, which holds flight data and voice recordings from the cockpit, to investigate the crash and determine the cause. Chinese President Xi Jinping has ordered an “all out” investigation. Officials from the Civil Aviation Administration of China and China Eastern have been sent to the crash site. The U.S. National Transportation Safety Board has also chosen a senior investigator to assist.

Last night, relatives of the passengers gathered in the Guangzhou Airport, as they awaited news as authorities launched an official investigation into the crash. A former safety inspector at the US Federal Aviation Administration said out loud what everyone already privately knew… due to the high speed of the crash there was little chance anyone on board could have survived.

Security CCTV footage from a nearby mine shows what appears to be a plane hurtling straight down into the hills. The footage hasn’t yet been independently verified for authenticity, or that the aircraft is indeed the China Eastern Flight 5735, but the extreme downward angle matches the flight tracking data.

According to an Associated Press report, a broadcaster for Chinese state media said “Wreckage of the plane was found at the scene, but up until now, none of those aboard the plane with whom contact was lost have been found.”

The aircraft is a 6 year old Boeing 737-800, not to be confused with the Boeing 737 Max 8, which has remained grounded in China after the fatal crashes in 2018 and 2019. Following Monday’s crash, China’s Transport Minister announced that all of the more than 100 of China Eastern’s Boeing 737-800s would be grounded until further notice.

The twin-engine, single-aisle Boeing 737-800 is one of the world’s most popular, and safe, planes. The safety record of China’s airline industry has been among the best in the world over the past decade.

Pinetree
2 minutes ago, WR2 said: If you saw the CCTV footage, you'd see that fuselage was intact and pointing almost exactly nose down straight into the ground. If lost a control surface or wing the plane would have fallen erratically…
francoa
The plane went pretty much straight down…it was either suicidal pilot or absolute 0.0000000000001% of crazy failure.