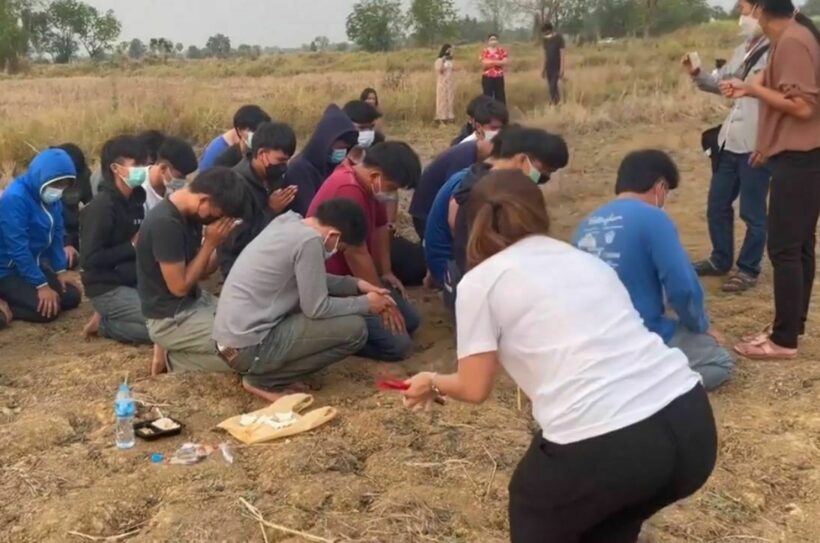 A total of 32 university students in Thailand’s Isaan region are facing criminal charges for a brutal initiation where a first-year student died after being beaten. Of those students, seven of them have reportedly confessed to using excessive violence against the student and are facing charges of colluding in physical assault causing death and assault.

First-year students at the Rajamangala University of Technology Isaan in Nakhon Ratchasima were said to have been taken to a rice paddy field off-campus and were told they were going to play football. 19 year old Padyos “Prem” Chonpakdi was forced to undress, drink excessive amounts of alcohol, sing and was punched in the stomach and chest, Thai media reports. When Prem lost consciousness and couldn’t breathe, the students took him to the hospital, but Prem died before he arrived.

More than 60 people were questioned about the hazing incident by second-year students and the superintendent of Maroeng police station in Muang district says the investigation aims to wrap up the case in 30 days.

So far, 25 students are facing charges for bringing disgrace to the first-year students by forcing them to take off their clothes as well as charges for violating communicable disease control regulations. University officials are also discussing penalties for the students involved in the incident, such as expulsion for those directly involved.

Noble_Design
They need some good caning to straighten them up a bit
Eric
This is totally unacceptable, the students that did this should be punished. No matter who they are! Example should be made to stop this in the land of smiles. it is the second student that died in a year.

Soidog
26 minutes ago, Eric said: This is totally unacceptable, the students that did this should be punished. No matter who they are! Example should be made to stop this in the land of smiles. it is the second student that…