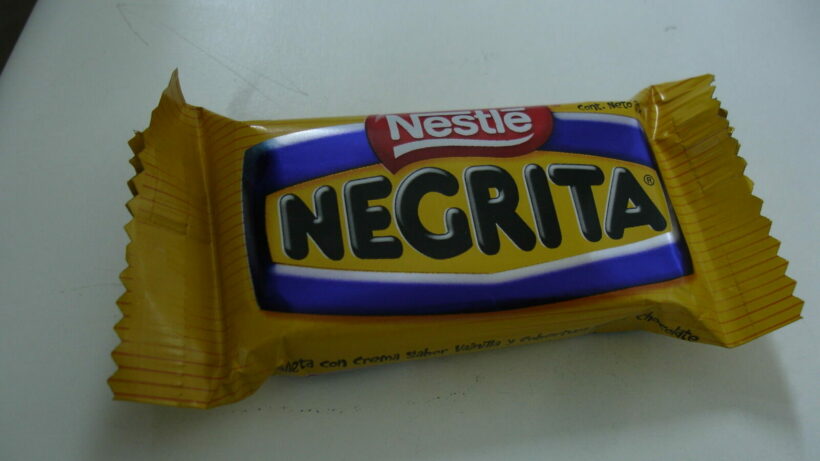 The multinational food and drink giant Nestle announced yesterday it plans to change the name of a high-selling cookie in Chile, the country on South America’s western edge.

The cookie formerly known as “Negrita” will henceforth be called “Chokita”. Negrita translates to “little black person” in Spanish. The packaging also used to include the image of a black woman. It is a vanilla cookie covered in chocolate. 1 Amazon review calls it delicious but another review says it is awful. Neither review weighed in on the name.

The cookie was named what translates to “little black person” for 6 decades.

It’s reported that a woman who modelled for company advertisement for the   Chokita was required to darken her skin for the marketing campaign.

The phrase can be seen as offensive in some contexts and endearing in others. Manchester United’s Edinson Cavani found out earlier this year the precarious balance between the 2 distinctions after he was called out for using the expression in a social media post.

Nestle explained the reasoning for the name rehabilitation in a message full of corporate jargon. They say the change was motivated by a desire “to identify concepts that might be considered inappropriate, in light of the increased awareness of brands and their visual language regarding the use of stereotypes or cultural representations”. Cookie names that translate to “little black person” fell under that brand awareness umbrella.

Previously, the company changed the name of its brand”Beso de Negra” which translates to “kiss from a black woman”. They also did away with “Chicos” and “Redskins” from their Australian line. Both names are considered slurs.