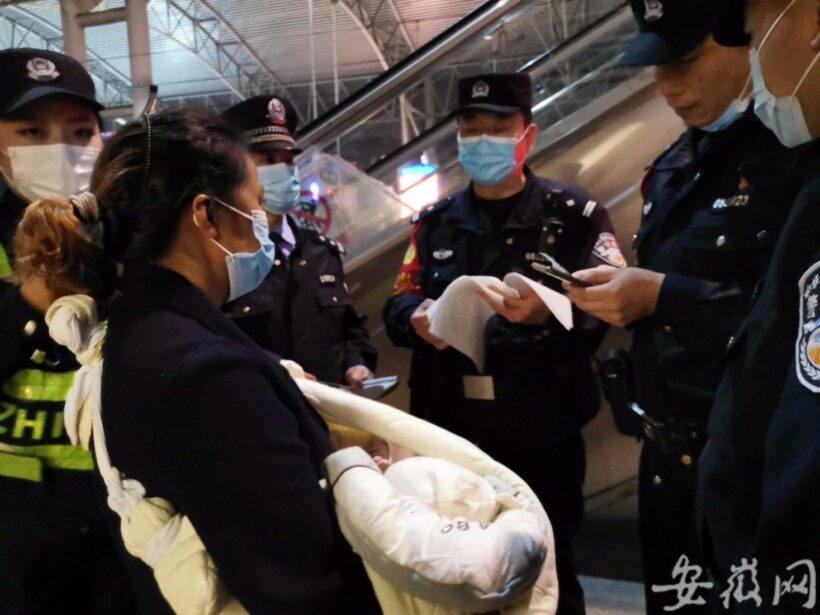 A man was in China allegedly sold his newborn son to an online buyer for 18,000 pounds or 722,000 baht. The father claimed the Covid-19 pandemic left him unemployed and he needed the money, so he put his baby – just 40 days old – up for sale.

The alleged buyer was a woman who was unable to have children, reports say. Sometime after the purchase, the woman was carrying the baby at a train station in Hefei, China and looked suspicious. English-language reports do not go into detail about the woman’s behavior at the train station, but apparently she was acting strange and police took her in for questioning.

The woman allegedly admitted to purchasing the baby. Police tracked down the child’s biological parents. The couple allegedly told police they have been struggling to make ends meet and already have children, a 2 year old and a 7 year old.

Apparently, the couple previously attempted to sell the newborn to another woman, but she was unable to legally register the child. Reports say the father was arrested on charges of trafficking and selling a child.