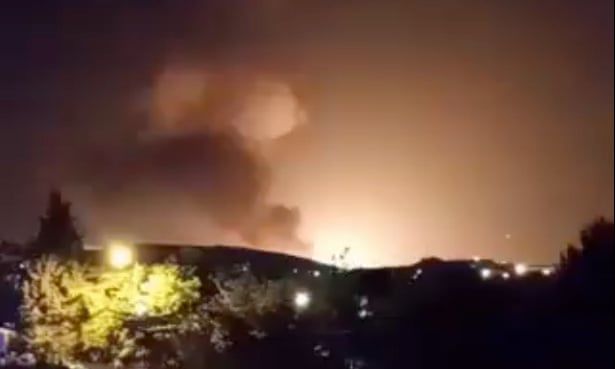 A blast illuminates the sky over Tehran, Iran, on Thursday night. It is believed to have happened near the Parchin military site east of the capital. PHOTO: IRGC

A large explosion near the capital Iran has prompted investigations as its location is near a suspected site of the country’s past nuclear testing activities.

The explosion near Tehran lit up the sky with witnesses saying it appeared to be near a major with a defence ministry spokesman saying the blast happened at a gas storage facility in a “public area” of Parchin rather than the military base.

However, some are sceptical about the statement as no more details were given surrounding the location of the blast which is rooted in past speculations of nuclear testing in the early 2000’s-which Iran denied.

The fire had been put out and no casualties had been reported so far, which could be seen as indicative of a controlled detonation. In 2014, the military site was suspected to have been damaged by a fire or explosion of the same circumstances, but investigations by the International Atomic Energy Agency were shot down due to having no access to the area.