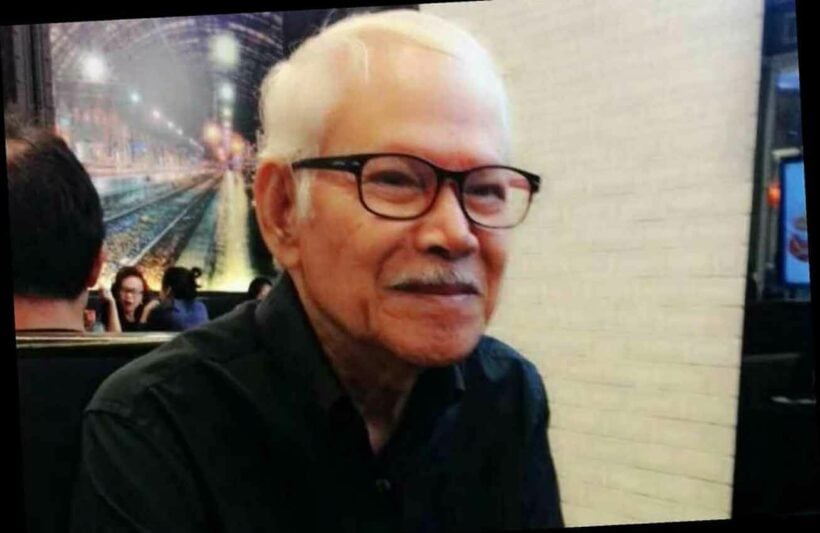 The US artist behind a portrait of an elderly Thai man who died after a brutal attack outside his San Francisco home, has voiced his disgust and sadness at the rise in anti-Asian sentiment in the US. Los Angeles artist Jonathan D. Chang drew the portrait of 84 year old Vicha Ratanapakdee and posted it on Instagram as a tribute to the murder victim.

“My condolences to the family of Vicha Ratanapakdee. I hope justice will be served.”

Since then, the image has been adopted by social media users campaigning for an end to the rise in anti-Asian racism that has worsened since the start of the Covid-19 pandemic. The portrait has garnered thousands of “likes”, with netizens adopting it as their profile picture to highlight the rise in violence again Asians and Asian Americans.

Meanwhile, in Thailand, there has been growing outrage on social media, with the hashtags #Asiansarehuman and #justiceforvicha trending on Twitter today. 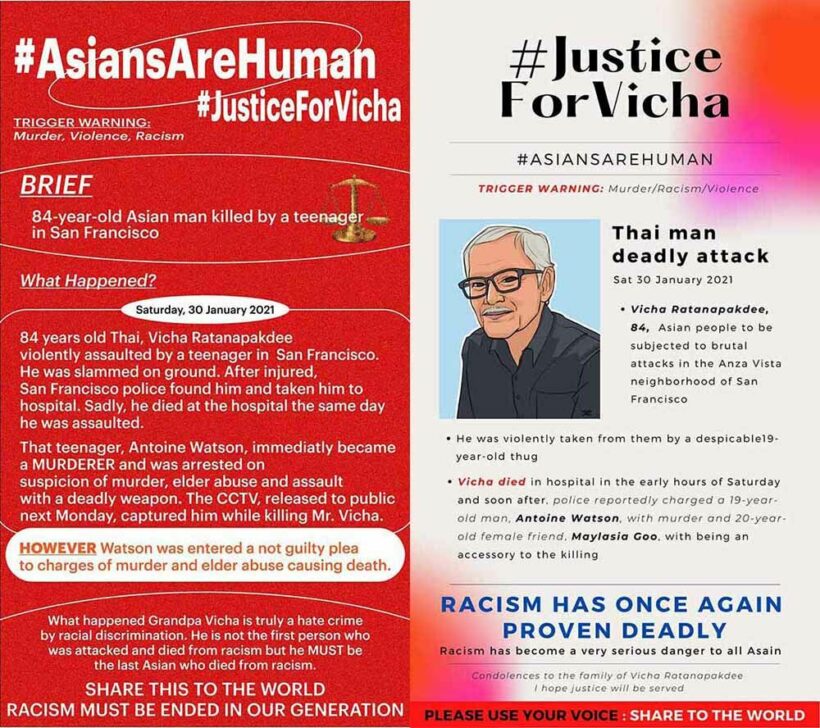 Chang, who was born in Taiwan and has lived in the US since he was a toddler, says he was outraged by the attack on Vicha, which was caught on CCTV. 19 year old Antoine Watson and a 20 year old female, Maylasia Goo, were subsequently arrested, although Goo has since been released without charge.

“I felt really disgusted, angry and sad when I saw that video. As you know Asians really hold our elders to the highest regard. To see someone attack an 84-year-old grandpa like that really shocked me.”

The United Nations says there have been over 1,800 racist incidents against Asian-Americans during an 8 week period ending in May 2020. US President Joe Biden has already signed an executive order for government agencies to fight the rise in racially-motivated attacks against Asians and Pacific Islanders.

“Today, I’m directing federal agencies to combat the resurgence of xenophobia, particularly against Asian Americans and Pacific Islanders, that we’ve seen skyrocket during this pandemic. This is unacceptable and it’s un-American.”