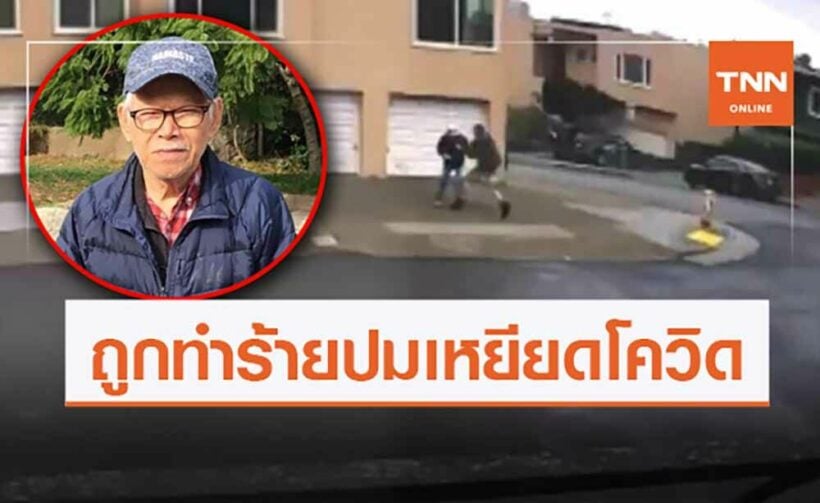 An 84 year old Thai man has died after being brutally attacked outside his home in San Francisco, in the US state of California. CCTV footage shows Vicha Ratanapakdee being approached by a man who pushes him violently to the ground before running away. The attack took place on the footpath outside Vicha’s home early on Thursday morning, with the elderly man dying in hospital on Saturday.

Police have arrested a 19 year old man named as Antoine Watson, and a 20 year old woman named as Maylasia Goo, who is accused of being an accessory to murder.

Vicha’s son-in-law, Eric Lawson, says he and his wife Kim, Vicha’s daughter, believe the attack was racially-motivated. Meanwhile, the Thai Consulate-General in Los Angeles has warned Thai citizens to remain vigilant following the brutal attack, while Tanee Sangrat, spokesman for the Ministry of Foreign Affairs, says Vicha is one of 3 elderly Asian people to have been violently attacked.