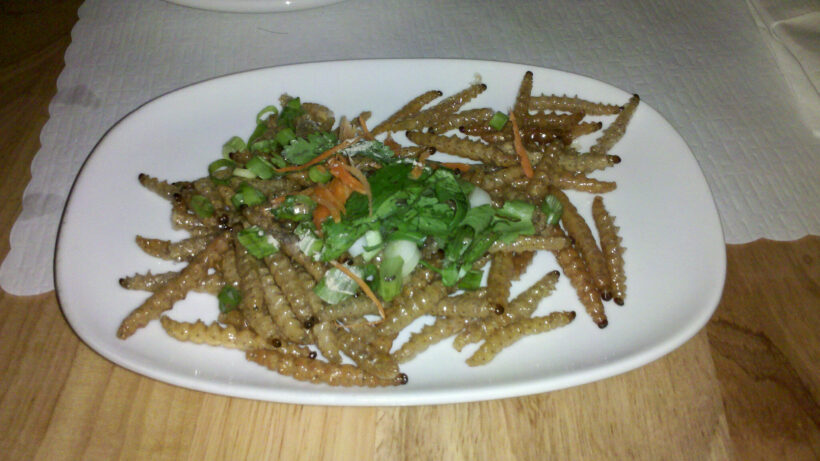 The device will offer a menu of 12 types of whole insects, such as bamboo caterpillars which, in their larvae stage resemble bulbous maggots or a chain of relatively symmetrical popcorn; the machine will also sell crickets and water beetles. The insects are fried and are packaged in bottles that sell for 1,000 yen, or about 300 baht. Each bottle is chock-full of insects with around 20 to 30 insects to a bottle.

The machine in Miyaki Town was set up by Koga Takahiko, who is aware that many people have an aversion to insects. Koga insists the insects are quite delicious and serve as a nutritional snack that is full of protein and minerals. It is his hope that eating insects out of a bottle from a vending machine will become more widely accepted.

The consumption of insects, or entomophagy, has recently gained traction for its health benefits and its benefits for the planet. A 2013 report from the Food and Agriculture Organization stated that insects have just as much nutritional value, if not more, than more traditional sources of protein such as beef. Another research paper went as far as to suggest that eating insects could help solve the world’s food security problem while also helping solve problems connected to the conventional food supply chain, such as deficits in water, land, and energy.