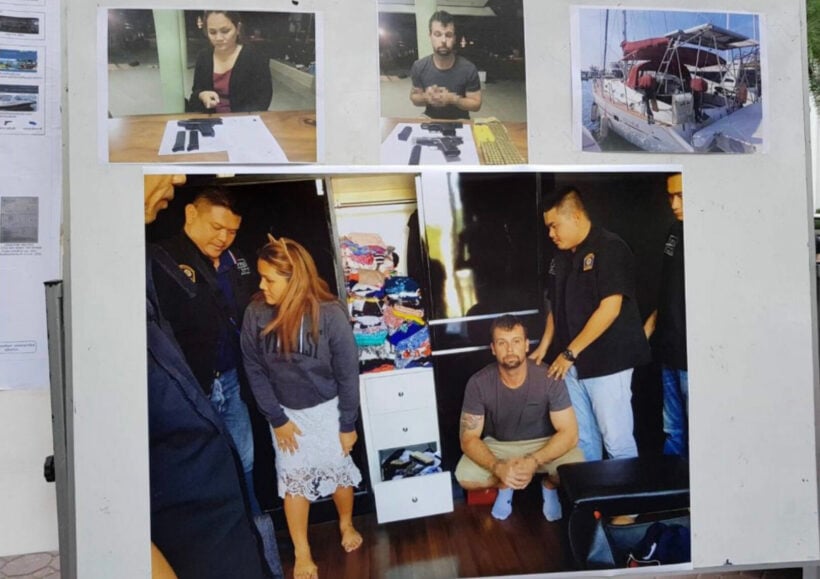 An Australian and Thai married couple, and an American man, who were on death row in Bangkok on charges for trafficking crystal methamphetamine have all been released from prison. A report from the Sydney Morning Herald says they had been accused of smuggling half a tonne of crystal methamphetamine for the Hells Angels motorcycle gang in Thailand.

After being cleared by the Supreme Court last week, 37 year old Luke Cook from Western Australia arrived in Sydney and Tyler Gerard, who is from California, flew back to the United States.

The Sydney Morning Herald says Luke Cook, who used to run a bar and guest house in Pattaya, has been pleading his innocence since he was jailed in 2017 and his father has campaigned for his release.

According to the report, they had been arrested following accusations that Luke Cook had been paid $US10 million by the Hells Angels to smuggle 500 kilograms of methamphetamine aboard his yacht where Tyler Gerard was said to be a crew hand. Police had alleged that Cook dumped the drugs overboard when a Thai navy vessel approached and a package with just over 50 kilograms of meth was found on a beach in Chon Buri.

The Melbourne-based Capital Punishment Justice Project have supported the defence lawyers and argued it was a set up and the men are innocent.

In a press release published on the Pattaya News, Thailand Bail Legal Services announced that the case has been completely dismissed by the Supreme Court and both Luke Cook and Tyler Gerard are out of prison, out of Thailand, and back home.

The case has been completely dismissed by the Supreme Court after 19 months of consideration since the death penalty verdict from the Court of Appeals. The defendants, Australian Luke Joshua Cook and American Tyler Gerard (AKA Tyler Joseph Fulton Sheen Gerard), after almost 4 years and 6 years behind bars respectively, are out of prison, out of Thailand, and back home. We believe this is a major win for our firm, for our clients, and for Thailand’s legal system.

Leo
So the prosecution's case was akin to: "Did you shoot at that guy across the street?"-->"No, as you can see, no weapon and zero connection with that guy"-->"But we found a guy wounded across the street, arrest him".
BJoe
$10 million is a lot of money to begin with. A thorough investigation would somehow have tied the MONEY, MOTIVE, with the ACT of throwing containers overboard.  Something smells in the Land of Smiles.

TheDirtyDurian
Why's everyone talking compo.  They're guilty IMO. Just ask yourself one question. How many Pattaya bar and guest house owners have you known with a yacht? Something not quite right with this story of innocence.
Easterneye
Just the kinda thing to make anyone with any sense realise what a crackpot country this is  You won’t see your typical thai vlogger living in la la land ever making vlogs about this kind of thing
LoongFred
On 9/20/2021 at 7:55 PM, Soidog said: To receive compensation and medical care, this would need to have happened in a compassionate and progressive country. I’ll let you decide then if this is likely to happen in Thailand.  Best to…