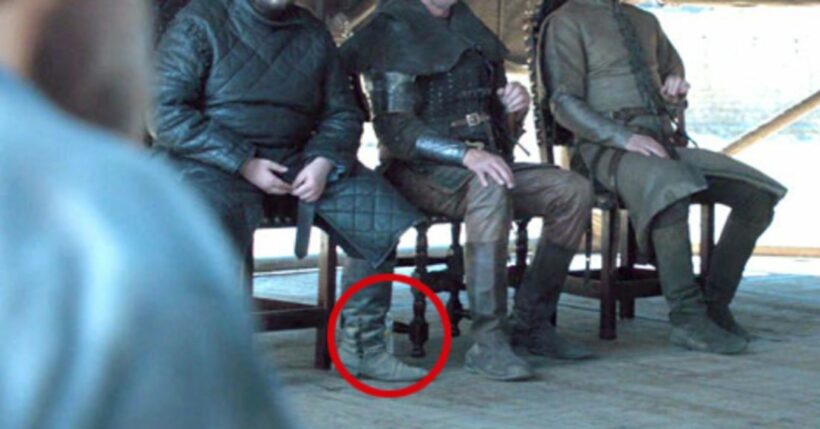 Oh my GOT. They’ve done it again.

For the second time this season Game of Thrones fans, with eagle-eyes and a trigger finger on the pause button, have spotted another out-of-place-and-time item on screen.

This time, a plastic water bottle tucked in behind the leg of ‘Samwell Tarly’ has been spotted on the series, now concluded. Actually you’ve got to be looking pretty hard and it takes a bit of Photoshop and zooming in to see what it really is glinting in the lights. But, there it is!

Two weeks ago it was the Starbucks coffee cup. Now the thirsty actors have left a water bottle, not quite hidden away, in the full view of the cameras.

Following the Starbucks coffee cup incident you would have thought there would be some extra care given to the actors, sesames and props before they rolled the cameras.

Last week, fans thought they spotted another blooper in a photo released of Jaime and Cersei Lannister where the Kingslayer’s amputated hand had appeared to have grown back, but the image did not appear in the episode that was broadcast. And then there was the battery pack and cable that appeared on screen during Stannis Baratheon’s death scene.

Game of Thrones took its final bow on Sunday night, US time, after eight seasons and 73 episodes, wrapping up a series that became one of the most popular shows around the world. US temporarily ease restrictions on Huawei