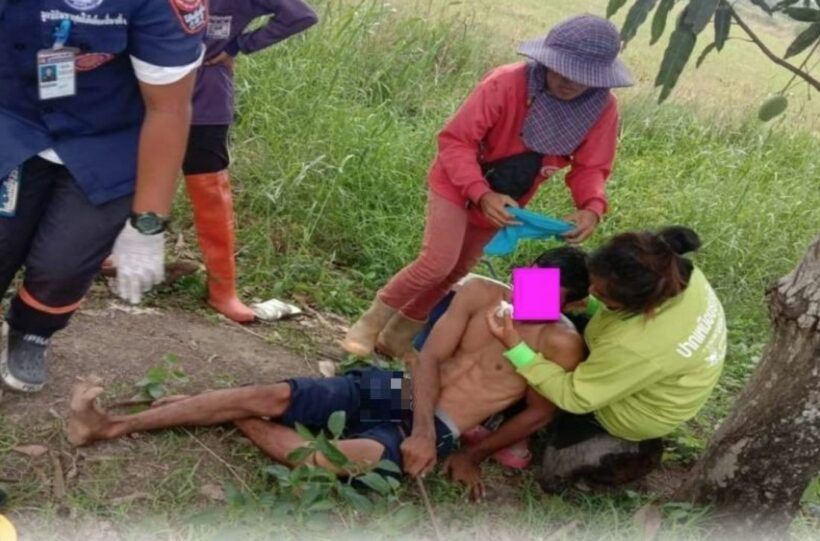 Daily News reports that an iron rod, sitting under a mango tre,e had gone right through a man’s testicles after he fell from a mango tree in Nakorn Si Thammarat yesterday.

The poor man, Piyapong, was fighting extreme pain as friends tried to keep him in consciousness with smelling salts. Meanwhile, according to the report, the Tai Teck Tung rescue team worked quickly to cut the ends of the rod with a metal grinder.

But the process only increased the man’s misery, vibrating the rod. He fainted three times as they worked to cut the metal rod so he could be taken to hospital where they could remove the rod surgically.

He was taken to Hua Sai hospital in Nakorn Si Thammarat. 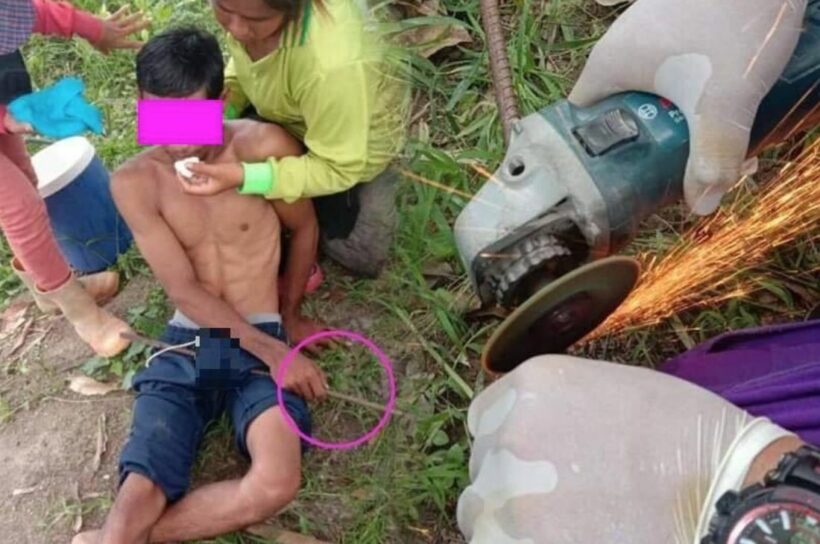 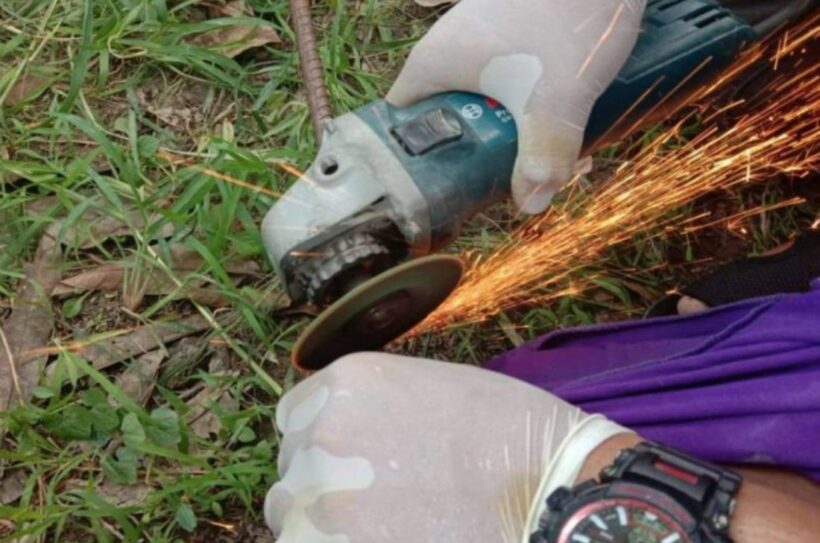