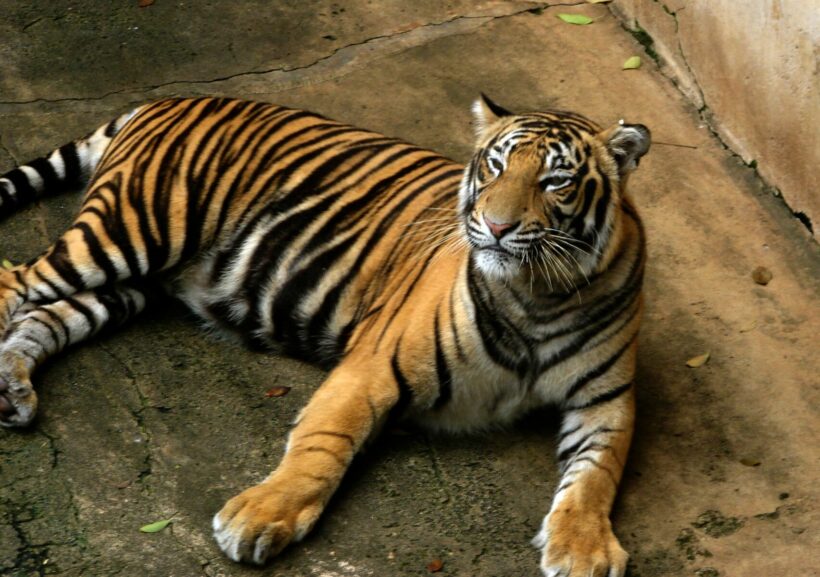 An escaped, 9 month old Bengal tiger, that has terrorised the city of Houston in the American state of Texas, has been captured unharmed. The tiger, named India, was being minded by the wife of its owner who is 26 year old Victor Cuevas.

The owner was recently seen on social media kissing the tiger before putting it in his car and driving away. The tiger was last seen a week ago, wandering around houses in the suburbs of the large city. Houston police commander, Ron Borza, says the animal was unharmed when they captured it and transferred it to an animal sanctuary.

Videos showed an off-duty sheriff pulling a gun on the tiger, before Cuevas arrived to take it away. He did not tell police where the tiger had spent the last week, but said that his wife had always known its whereabouts. However, owning a tiger within the city limits of Houston, Texas is illegal. Police say that Cueva’s wife would not face charges. But Borza did tell news reporters that having a tiger was not good.

“You should not have that in your home. It’s not good for the tiger.”

India was transported to a sanctuary where it will have its own habitat with a .2 hectare of land which includes a wooded area and pool. But first, the seemingly healthy tiger will undergo a quarantine for 30 days before being introduced to its new home.

The WWF conservation group estimates that there are some 5,000 tigers living in captivity across America, a number greater than the entire world population of wild tigers. The state of Texas is one of the biggest offenders in taking wild animals captive.

According to media reports, Cuevas was arrested last week, but was released 2 days later, only to be arrested again another 2 days later. This wasn’t his first arrest, as he previously faced a murder charge. No other details were given on his arrests.