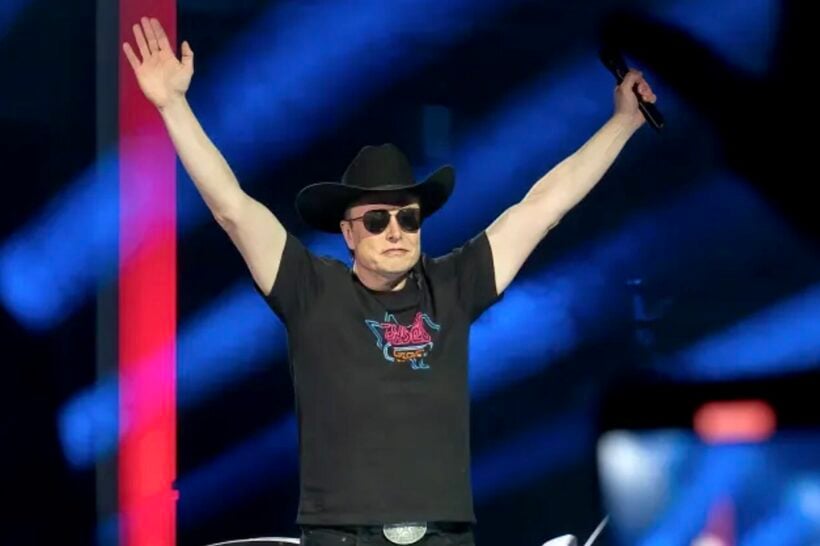 The world’s richest man has bought the world’s more divisive social media platform. Elon Musk succeeded in buying Twitter Inc, after the board approved his offer of US$44 billion cash on Monday.

The purchase gives Musk total control of the social media platform, which has nearly 400 million users, including influential world leaders. Prior to the takeover, Musk had purchased a 9% stake of the company. On his personal Twitter account, Must announced his purchase, saying…

“Free speech is the bedrock of a functioning democracy, and Twitter is the digital town square where matters vital to the future of humanity are debated. I also want to make Twitter better than ever by enhancing the product with new features, making the algorithms open source to increase trust, defeating the spam bots, and authenticating all humans. Twitter has tremendous potential – I look forward to working with the company and the community of users to unlock it.”

The move comes less than 2 weeks after Musk made an unsolicited bid to buy the company for US$43 billion. The board initially took measures to protect the company from a “hostile takeover”, voting unanimously in favour to adopt a limited duration shareholder rights plan — i.e. “poison pill”.

But then the board’s sentiment seemed to soften, with Twitter CEO announcing plans for Musk to join the board. Last week Musk reneged on his plan to join the board, which would have prevented him from owning more than 14.9% of beneficial ownership of outstanding common stock.

Now the board will ask shareholders to vote to approve the deal. Prior to the takeover, the entrepreneur had purchased more than a 9% stake in the company, making him the largest shareholder.

In a Twitter poll last month, Musk asked users how well Twitter “rigorously adheres” to the principle of free speech as “essential to a functioning democracy”. He added…

“The consequences of this poll will be important. Please vote carefully.”

Musk said he plans to bring important changes to the platform, such as eliminating fake accounts and relaxing restrictions on content. He said he also plans to take the company private, safeguarding its most valuable quality as a “town square” for freedom of speech and debate.

According to Forbes magazine, Musk is the world’s richest person, with an estimated net worth of $273.6bn. Most of his assets are tied up in shares of his electric vehicle company Tesla Motors. He’s also the CEO of the aerospace manufacturer SpaceX.

Before announcing the takeover, Musk tweeted a plea for his opponents to remain on the platform, should his bid succeed…

“I hope that even my worst critics remain on Twitter, because that is what free speech means.” 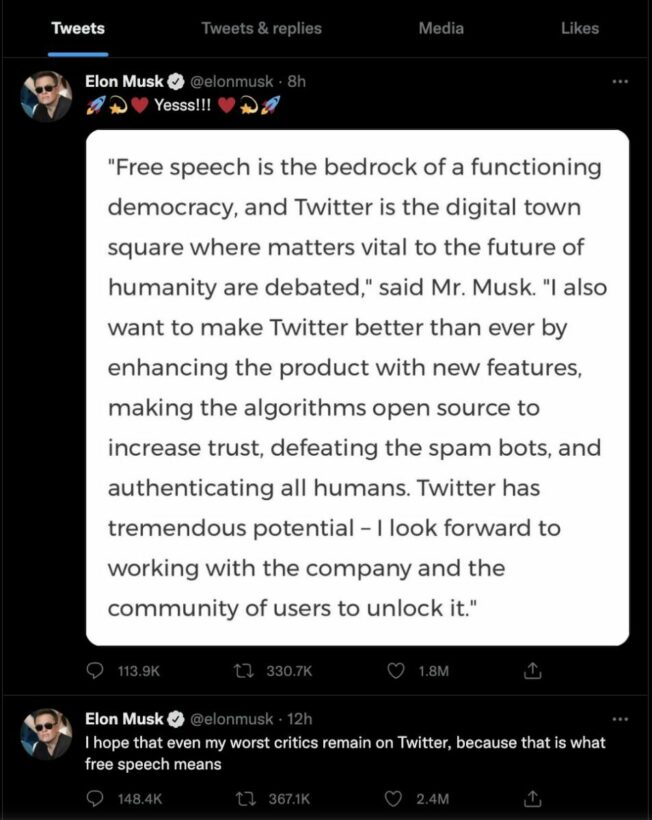 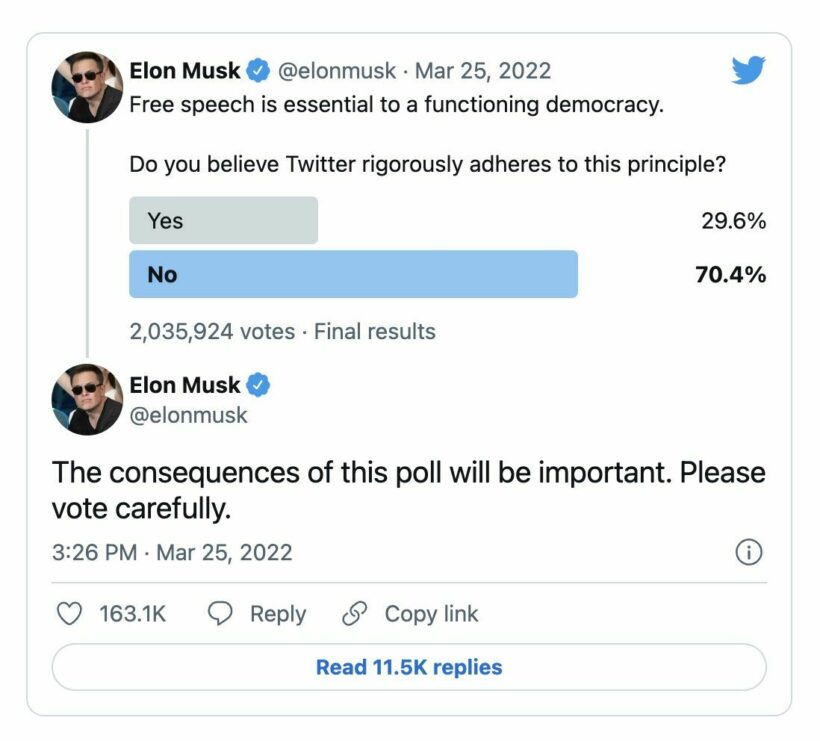 RayWi
Good, taking it private might be the only way to fix the wokeafied issues at Twitter.
Guphz
On 4/26/2022 at 7:18 AM, Fanta said: And one previous Tesla related tweet cost $40 million in fines and, more importantly, his chairman’s position at Tesla. The “t” in Twitter could become his personal crucifix. That "fine" was pretty worthless,…
Guphz
On 4/26/2022 at 7:09 AM, Noble_Design said: His previous tweets have managed to send stocks going up or tumbling so I expect him to wield his influence through twitter to drive up Tesla, SpaceX and his especially dearest Dogecoin SpaceX…