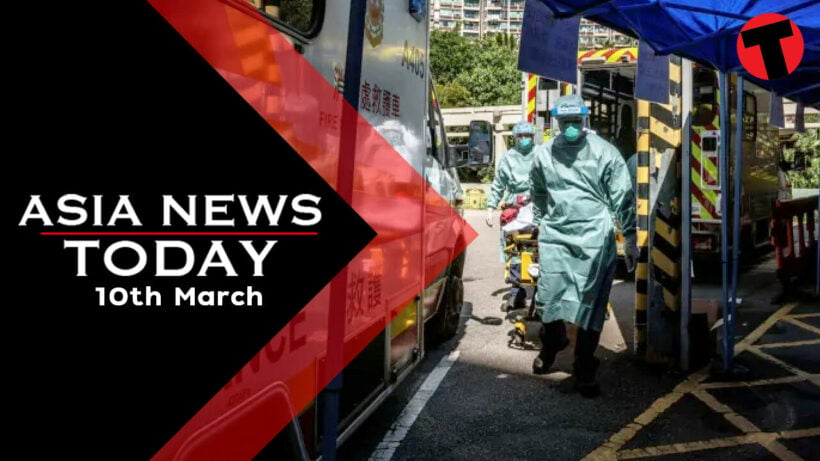 South Korea has a new President today after a nail-biting and often nasty campaign. Conservative Yoon Suk Yeol will be South Korea’s new president after Lee Jae-myung, from the ruling Democratic Party, conceded defeat last night. The opposition leader won 48.56% of the ballot, ahead of Lee’s 47.83%.Incumbent President Moon Jae-in was not permitted to run for a second term as South Korea’s presidency is a single term of five years. The unsuccessful candidate Lee has blamed himself for the defeat… saying… I would like to express my apologies to the many citizens of the country who have left their daily lives behind and have been with us. Thank you for your passionate devotion. The new President Yoon is a newcomer to politics, having spent the last 27 years of his career as a prosecutor, being behind many of the high-profile investigations into corruption scandals that had plagued President Moon’s aides… and a slew of other corruption scandals in the past. His victory puts Korean governance back in conservative hands.

As Hong Kong keeps reporting tens of thousands of new Covid infections every day, the city’s large population of unvaccinated elderly residents has resulted in the highest official death rate, per capita of any jurisdiction in the world during the pandemic.Less than 30 per cent of Hong Kong residents over 80 have been double vaccinated even though vaccines being freely available for more than a year. Officials blame widespread vaccine hesitancy among the elderly.Of 2,365 Covid-related deaths in Hong Kong’s fifth wave, mostly fuelled by the Omicron variant, 87 percent have been aged 60 or above and about 90 percent weren’t fully vaccinated. Though Hong Kong, much like South Korea, was able to keep Covid at bay over the past 2 years, the highly transmissible Omicron strain was able to break through some of the world’s toughest border restrictions. The current surge of infections continues to overwhelm one Kong’s healthcare system, with almost no hospital beds available now, intensive care facilities full and mortuaries pushed to their limit. Patients are now routinely turned away from hospitals, while the higher-risk elderly have, in many cases, been left waiting outside hospitals.

The Japanese government has sent a transport aircraft to Poland to provide bulletproof vests, helmets and cold-weather clothing, along with other defence equipment to Ukraine. The provision of defence equipment was officially approved by Japan’s National Security Council.Japan’s Foreign Minister and the Ukrainian Ambassador to Japan signed related documents at the Foreign Ministry building yesterday as the plane-load of equipment headed off to Poland, and eventually Ukraine.

Indonesia’s Mount Merapi volcano has been spewing avalanches of hot ash clouds into the eruptions overnight that has so far forced about 250 residents to flee, leaving the grey ash to blanket nearby villages and towns. No casualties have been reported at this stage. The volcano on Indonesia’s most densely populated island of Java has erupted at least seven times just before and after midnight, spewing clouds of hot ash, rocks, lava and gas. The rumbling sound could be heard several kilometres away.253 people were evacuated to temporary shelters in and around Yogyakarta because of the dangers on Merapi.Residents living on the mountain’s slopes have been advised to stay at least 7 kilometres away from the crater and keep abreast of the latest warnings about eruptions. Java’s last major eruption was in December, when Mount Semeru, the highest volcano on Java island, erupted leaving 48 people dead and 36 missing as villages were buried under layers of mud.

In the Philippine’s largest anti-narcotics raid this year, authorities have seized 160 kilograms of methamphetamine and arrested a Chinese drug kingpin. The sting was staged at a warehouse in Valenzuela City in Manila and was part of the Filipino government’s latest crackdown on illegal drugs. Over the past 10 days the Philippine Drug Enforcement Agency have conducted seven operations, arrested 11 suspects, and confiscated 231 kilograms of methamphetamine valued around US $30 million. The latest crackdown on illegal drugs comes as outgoing President Rodrigo Duterte, who has spearheaded a controversial and deadly “war on drugs” since 2016, will finish his term as President in three months.

Malaysia is now set to reopen its borders to international travellers from April 1 after nearly two years. Under the new entry rules, fully vaccinated passengers won’t have to quarantine, provided they take a PCR test no less than two days before departure and then an ATK test within 24 hours of arriving in Malaysia. International travellers will be required to complete a pre-departure form but will don’t have to obtain a MyTravelPass permit any more. Once the new arrival procedures are in place from April 1, airlines are looking to re-introduce regular flights back into Malaysia. Malaysia is also setting up Vaccinated Travel Lanes with Singapore, Cambodia and Thailand to help bypass some of the travel red tape.