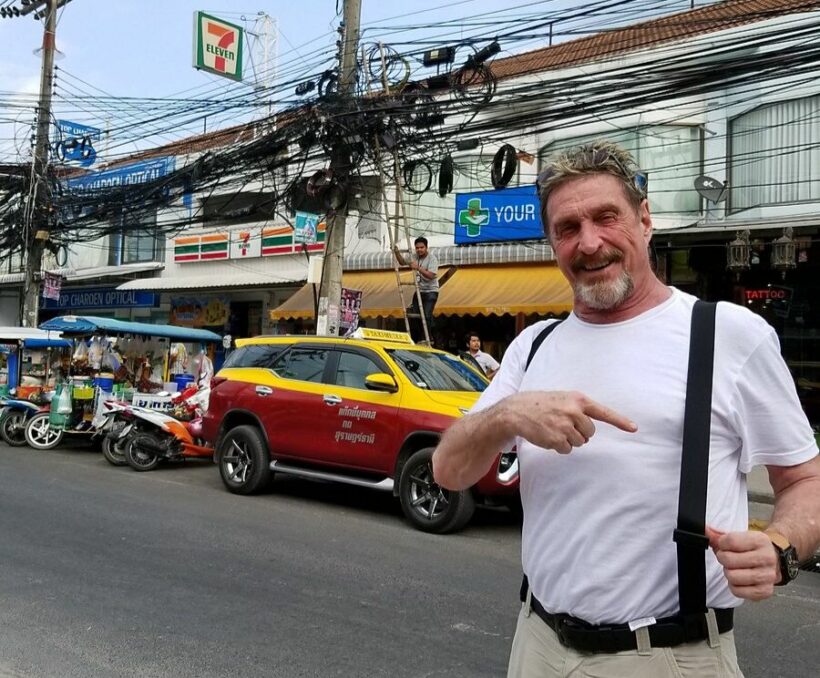 Software pioneer and wanted fugitive John McAfee died by suicide in a Spanish prison cell on Wednesday after the country’s High Court authorised his extradition to the United States on charges of tax evasion and fraud. McAfee’s lawyer said the antivirus titan died by hanging and could not stand any more time in jail in the Brian 2 penitentiary outside Barcelona.

He was found at around 7 pm according to the General Council of the Judiciary, the Spanish court’s legal body. Medical staff reportedly attempted to resuscitate who they anonymously described as a “75-year-old inmate facing extradition to the United States” before certifying his death.

McAfee was arrested in Barcelona as he was about to board a flight to Istanbul in October 2020 and been in jail in Spain ever since. The Spanish court had approved his extradition, but he still could have appealed the decision which had not yet received the necessary approval from the Spanish cabinet.

He had not paid US income taxes for 8 years and had said it was for ideological reasons. McAfee was indicted on tax evasion charges in Tennessee and charged in a cryptocurrency fraud case in New York. He earned millions from selling first his company to Intel in 2011 and later the rights to his life story, plus earnings from consulting fees, and cryptocurrency investment.

In 2019 he left the US to avoid trial and the possibility of 30 years in prison, mostly living on a giant yacht with his wife Janet who he said he met as a prostitute while he was on the run.

Known for his eccentric behaviour and bizarre videos, the 75-year old entrepreneur founded his McAfee antivirus software company in 1987 and ran it for 7 years before resigning. Rich from building the company, then selling it, then crypto investments he said made him US $2000 a day, he was freed to live a beyond-eccentric life. He once described himself and defended against the accusations of being insane.

“I am not a madman. I am eccentric, gracious, attentive, kind, humorous. We humans are funny creatures.”

McAfee, who ran for president of the United States as a Libertarian in 2016 and said in 2018 that he had fathered at least 47 children, lived in Belize for several years but fled after police sought him for questioning the 2012 murder of a neighbour. His life involved many women, drugs, guns and more. While on the run, McAfee would crop up around the globe, including a 2018 visit to Thailand.

A 2016 documentary on his life called “Gringo: The Dangerous Life of John McAfee” explored his time in Belize, where his compound was found full of weapons and women including a 17-year-old girl. The neighbour who was shot won a US $25 million wrongful death lawsuit against McAfee.

In a tweet posted June 10, McAfee told his 1 million Twitter followers quote “there is much sorrow in prison disguised as hostility.” Janice McAfee said in a Twitter post on Sunday, “the US authorities are determined to have John die in prison to make an example of him for speaking out against the corruption within their government agencies. There is no hope of him ever having a fair trial in America.”