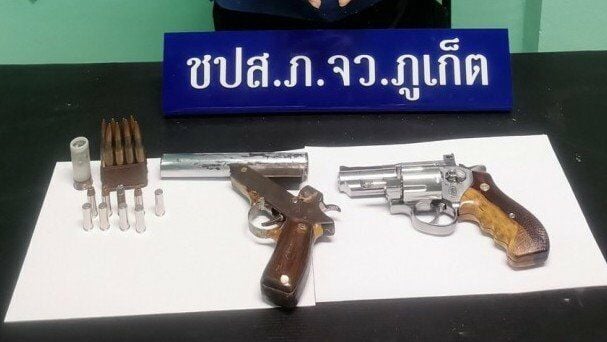 Yesterday, a raid in Phuket grabbed 5 alleged drug dealers. They confiscated over 1,000 Yaba pills (meth), crystal meth, guns and ammunition. One man was also arrested for allegedly having kratom leaves.

According to the police report  33 year old Theerasat ‘Jack’ Onrat was arrested for allegedly possessing 940 yaba pills. Police confiscated his mobile phone and his pickup truck as further evidence. He was brought to the Phuket City Police Station and charged with possessing a Category 1 drug with intent to sell.

Both men were arrested at a shop in Moo 5, Rassada

The others arrested were at a house on Moo 7, Koh Kaew. They are as the following: