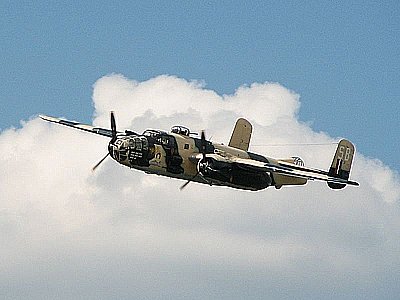 
U.S. identifies remains of 7 Marines missing from WWII plane crash
Phuket Gazette / News Wires
PHUKET: The remains of seven U.S. service members who went missing when their military aircraft crashed on an island in Vanuatu during World War II have been identified and returned to their families for burial, the U.S. military announced on Tuesday.

The accident involving a PBJ-1 patrol bomber, the U.S. military variant of the North American B-25 Mitchell, happened on April 22, 1944, when seven U.S. Marines were on a night training mission over the island of Espiritu Santo in New Hebrides, at the time a French–British condominium but today known as the Republic of Vanuatu.

Neither the wreckage or the crew members were recovered at the time and the group was officially presumed deceased about a year later. But in 1994, a group of citizens notified the U.S. that aircraft wreckage had been found at an elevation of 2,600 feet (792 meter) in extremely rugged terrain.

Some human remains were turned over to the U.S. Defense Department at the time and a survey team from the Joint POW/MIA Accounting Command (JPAC) traveled to the location in 1999. They determined the team would require specialized mountain training to safely complete a recovery mission, which resulted in a further delay to the operation.

Between 2000 and 2011, multiple recovery teams excavated the site and recovered human remains, aircraft parts and military equipment. Scientists from JPAC and the Armed Forces DNA Identification Laboratory (AFDIL) evaluated circumstantial evidence and mitochondrial DNA – which matched that of the Marines’ family members.